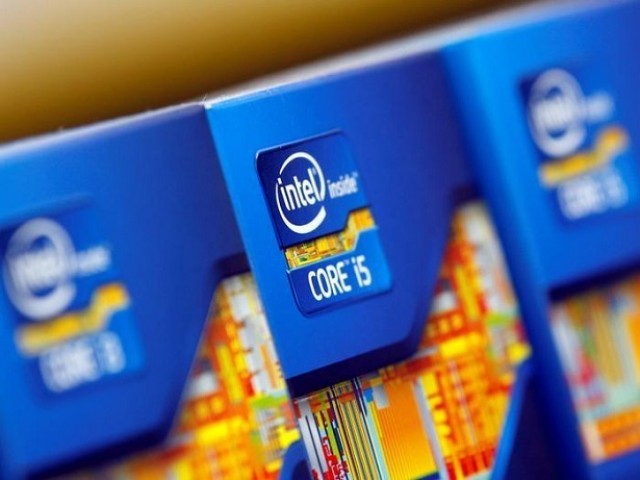 Intel processors are displayed at a store in Seoul June 21, 2012. PHOTO: REUTERS

Some of Intel’s data center customers, whose thousands of computers run cloud networks, are exploring using microchips from the market leader’s rivals to build new infrastructure after the discovery of security flaws affecting most chips.

Whether Intel sees a slew of defectors or is forced to offer discounts, the company could take a hit to one of its fastest growing business units. Intel chips back 98 per cent of data center operations, according to industry consultancy IDC.

Security researchers last week disclosed flaws, dubbed Meltdown and Spectre, that could allow hackers to steal passwords or encryption keys on most types of computers, phones and cloud-based servers.

Microsoft said on Tuesday the patches necessary to secure the threats could have a significant performance impact on servers.

Intel will help customers find the best approach in terms of security, performance and compatibility, it said in a statement on Tuesday. “For many customers, the performance element is foremost, and we are sharply focused on doing all we can to ensure that we meet their expectations.”

Alternatives include Advanced Micro Devices, which shares with Intel a chip architecture called x86, or chips based on technology from ARM Holdings or graphics processing chips, which were developed for different tasks than Intel and AMD’s central processing units, or CPUs.

“If ARM provides enough computing power at lower cost or lower power than x86, it would be a strong incentive for us to switch,” said Budman. “If the fix for x86 results in a dramatically decreased level of performance, that might increasingly push in favor of switching to ARM.”

Infinitely Virtual, a Los Angeles-based cloud computing vendor, is counting on Intel to replace equipment or offer a rebate to make up for the loss in computing power, Chief Executive Adam Stern said in an interview.

If Intel doesn’t step up and do something to make this right then we’re going to have to punish them in the marketplace by not purchasing their products,” said Stern, whose company relies exclusively on Intel processors.

Cloud providers said swapping out previously installed Intel chips for rivals’ would be too complex, but moving forward they could expand their networks using alternatives. Moving from Intel to AMD is easiest since AMD and Intel chips share a common core technology called the x86 instruction set, they said.

ARM-based chips lag the speed of Intel’s x86 based chips for tasks such as searches, and software would have to be rewritten.

Nvidia so-called graphical processing units, or GPUs, are not a direct replacement for Intel’s CPUs, but they are taking over the CPU’s role for new types of work like image recognition and speech recognition.

Major technology companies had been experimenting with Intel alternatives even before the security flaws were revealed.

Alphabet’s Google said in 2016 that it was designing a server based on International Business Machines Power9 processor. And Amazon’s Web Services chose AMD graphics processing units for a graphics design service announced in September.

Both Qualcomm and Cavium are developing ARM chips aimed at data centers. Cavium said it aimed to rival the performance of Intel chips for applications like databases and the content-delivery networks that help speed things like how fast online videos load.

Cavium is working with Microsoft and “several other cloud” vendors, said Gopal Hegde, vice president of the data center processor group. Cavium and ARM rival Qualcomm work together to reduce the amount of software that has to be rewritten for ARM chips.

American woman in love with Tetris game, plans to marry ‘him’