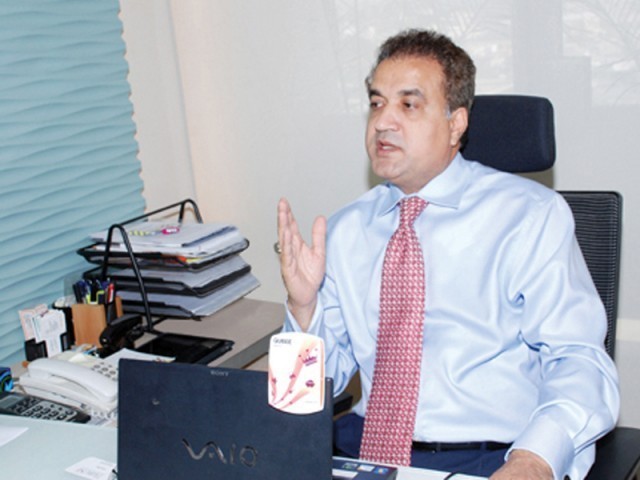 KARACHI: Broadband companies cannot afford the price wars that have taken place between cellular companies, as they would affect quality of service, according to Qubee Pakistan Chief Executive Mubashir Naqvi.

In an interview with The Express Tribune, Naqvi said the broadband internet market has seen phenomenal growth and is still growing rapidly. “I do not think there is any saturation in the market. Companies that improve their services, technology and products will succeed,” he asserted. “Owing to the demanding nature of business, we call it a 3D business which is different, difficult and dynamic.”

Referring to his comparatively small office space, he said, “this business does not allow us to operate in a large office and spend freely. We must minimise spending on our operating costs.”

“Our target audience is concentrated in large cities of the country, owing to high use of computers in those areas.” Citing the example of Karachi, he said the company’s services may not be available in all areas of the city, due to variation in penetration of computers in different parts of the city. “Penetration in some areas is more than 80 per cent, while in many areas, it is less than 25 per cent.”

“Giving blanket coverage in every area of a city is difficult for broadband providers,” he explained. Responding to a question, he said many people complain of having not felt the real broadband experience in Pakistan, possibly due to limited coverage even in big cities.

“There is a potential of improvement in both services and products,” he admitted. “We are very particular in choosing our customers. Our salespersons go door to door to sell our products, but our office verifies each customer before final approval. This helps us in choosing customers for the long-run.”

“I would be happier if we were to serve few customers with quality service rather than having a large customer base with faulty service,” he added.

“Today, Qubee has more than 60 outlets in Karachi, Lahore and Islamabad. Our model is ready to serve and sell, and therefore we have more service outlets than our competitors do,” informed Naqvi. “We selected door-to-door advertisements instead of advertising through the media, because of which we also have the largest salesperson staff in the local market.”

“We sell our network not devices. We believe in providing the best services to our customers,” said Naqvi, adding, “customer satisfaction is our priority and losing a customer is not an option for us.”

With almost a 52 per cent market share, DSL internet is still the most popular in the local internet market. However, broadband internet users have grown continuously over the last three years and companies have acquired a 28 per cent market share. The remaining market share is divided between EvDo (15 per cent) and HFC (4 per cent), according to Pakistan Telecommunication Authority (PTA) data.