Religious parties get more control over Sabbath trading in Israel

Donald Trump said that he would "welcome the challenge, whether it be Oprah or anybody else"

The United States was ablaze Monday with speculation that the billionaire talk show queen might be nurturing White House ambitions after an impassioned Golden Globes speech.

Winfrey had barely heralded a "new day" following a sexual harassment watershed, before calls snowballed for one of America's most famous women, a self-made tycoon born into poverty, to run for the highest office in the free world.

“I want all of the girls watching here now to know, that a new day is on the horizon.” @Oprah accepts the 2018 Cecil B. de Mille award. #GoldenGlobes pic.twitter.com/hbquC1GBjm

Hollywood's loathing of Trump and Democrats' bafflement that a crass-talking reality star with no previous government experience could win the presidency have fueled talk of, well, why not another television star, only one with the "right" politics?


Twitter ignited, Democrats championed her as superior to Trump and even Republicans admitted she was a formidable opponent to a reality star president, who himself named Winfrey as his pick for vice president in an interview 20 years ago. 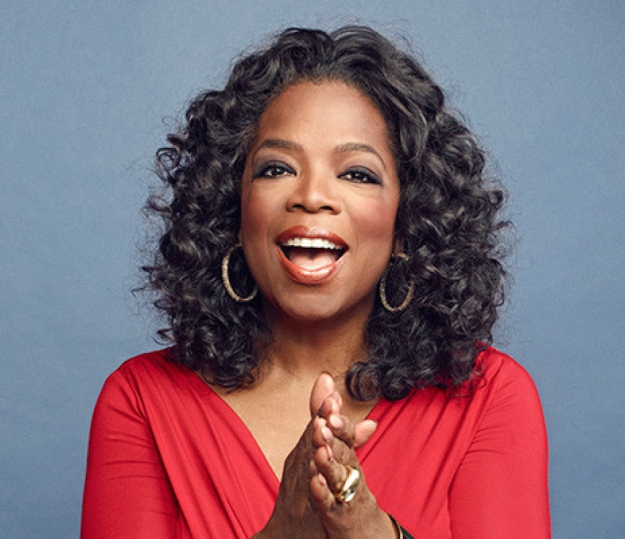 The White House even waded in, saying Trump would "welcome the challenge, whether it be Oprah Winfrey or anybody else," when a spokesman was grilled aboard Air Force One.

The only fly in the ointment? Winfrey's denial.

"I don't, I don't," she reportedly said backstage at the Globes when asked if she planned to run. "There'll be no running for office of any kind for me," she told CBS in October. But fevered speculation only escalated. "Oprah for president? She's got my vote," tweeted pop superstar Lady Gaga.

Oprah for president? She’s got my vote.

CNN quoted two anonymous "close friends" as saying Winfrey was "actively thinking" about a presidential run. Her longtime partner suggested that she could be persuaded.

"It's up to the people," Stedman Graham was quoted as telling the Los Angeles Times. "She would absolutely do it."

"I want her to run," Meryl Streep told The Washington Post. "I don't think she had any intention (of declaring). But now, she doesn't have a choice." 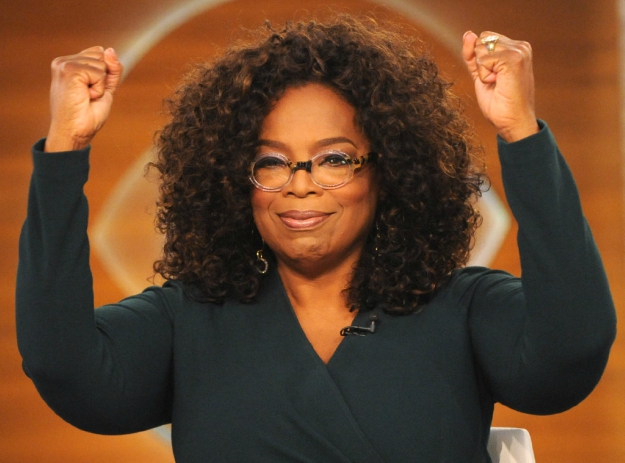 If the speculation is wishful thinking, Winfrey's fame and wealth, extraordinary personal story overcoming poverty, child sexual abuse and pregnancy to build a $2.8 billion fortune and Oscar-nominated acting career, would stack up nicely in her favor.

"I slept on it and came to the conclusion that the Oprah thing isn't that crazy," tweeted Dan Pfeiffer, a former senior advisor to Barack Obama, the president Winfrey was credited with helping to elect in 2008.

I don't know if Oprah would be a good President, but she would definitely be a better President than Trump.

Despite Winfrey's denials, she tweeted in September a New York Post editorial that trumpeted her as the Democrats' best hope of beating Trump in 2020 with the message, "Thanks for your VOTE of confidence!"


Raised in Nashville, Milwaukee and Mississippi, 63-year-old Winfrey was raped and sexually abused as a child and became pregnant aged 14 but miscarried the baby.


After college, she went into journalism before reigning for 25 years as queen of the US talk show, ushering in an era of confessional television before becoming the first black woman to own a television network. 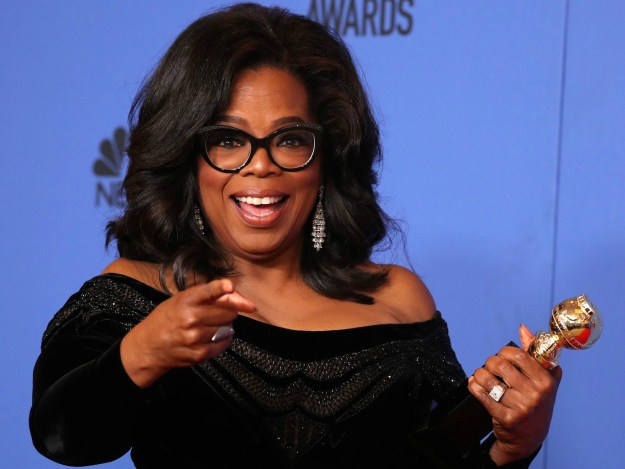 At the start of the Golden Globes on Sunday, host Seth Meyers playfully encouraged her to run against Trump. Becoming the first black woman to accept the Cecil B. De Mille lifetime achievement award, her speech wove together gender, poverty and race.

"For too long, women have not been heard or believed if they dare speak the truth to the power of those men," she said to a standing ovation. "So I want all the girls watching here now to know that a new day is on the horizon."

But there was also angst at the idea of electing another television star with zero government experience as commander-in-chief in charge of the nuclear codes.

"Oprah, don't do it" advised a New York Times editorial, calling it a "terrible idea" that would show how far celebrity and ratings have repudiated experience and expertise.

But Republican strategist Rick Wilson suggested Trump's election, once unthinkable, had rewritten the rules. He said, "There may be an equation here where the only thing that can beat a celebrity is another celebrity. The thought of Oprah isn't as absurd as it might have been two years ago."

But if politics is a money game, then the odds are still long.

"There is money around for Oprah, Michelle Obama and George Clooney - but the odds suggest that Donald is going to be hard to beat," said Rupert Adams, spokesman for global betting chain William Hill.

75th Golden Globe Awards: And the winners are...

Security through policing and operational autonomy