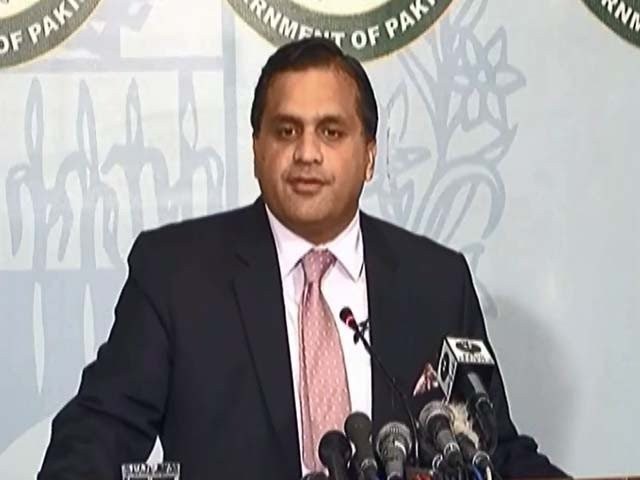 In a routinely press briefing at Islamabad on Thursday, the Foreign Office Spokesperson, Dr Faisal said that Pakistan’s sacrifices are apparent and a protest against US President Trump’s tweet has been recorded with the US ambassador to Pakistan.

“Pakistan’s foreign policy is not determined by its economic policy. Brave nations face challenges buoyantly. An elaborated statement on US aid will be released shortly.”

Reiterating the message given by DG ISPR,  he said ‘any drone attack will be countered effectively’.

Talking about the China-Pakistan Economic Corridor (CPEC) the FO spokesperson said that Pakistan does not have any plans of establishing Chinese military bases in Pakistan, neither has any request on the matter been made by China.

“Rumors are being spread on a developmental project.”

Referring to on-going protests in Iran, Dr Faisal said ‘Iran is our brethren Muslim country, protests in Tehran are its internal matter’.

“Visas to pilgrims going for Urs of Khawaja Mooinuddin have not been issued visas by India. India’s refusal to send its national blind cricket team to Pakistan is also regretful” he added.