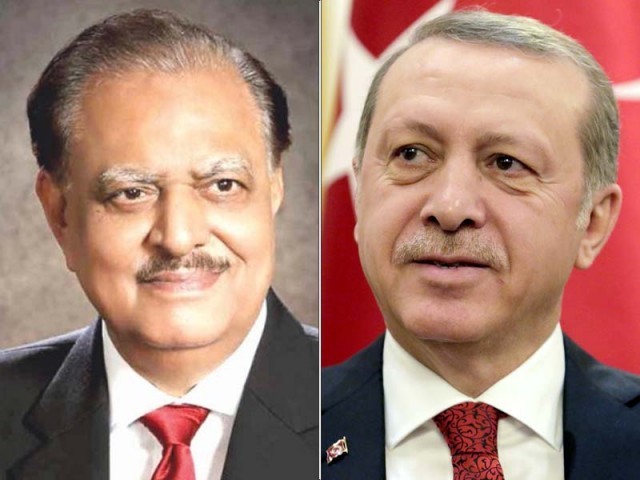 Turkish president expressed his disappointment over the recent statements of the US leadership, saying Pakistan had rendered unprecedented sacrifices in war against terrorism.

In his first tweet of the year, Trump said the US ‘foolishly’ gave aid to Pakistan over the course of 15 years but Islamabad remained deceitful by providing safe havens to ‘terrorists’ from Afghanistan.

President Mamnoon said Pakistan is a responsible country and would give an appropriate response to the US statements, adding that Pakistan believed in the policy of engagement and cooperation and regretted that such approach was not reciprocated.

He expressed his gratitude to the Turkish leadership and the people for expressing unity with Pakistan, said a press release.

In response to the US president’s statement, the country’s civil and military leadership showed an unprecedented restraint, saying they would not act in haste despite the onslaught.

We will defeat PPP in upcoming elections, says Pir Pagara