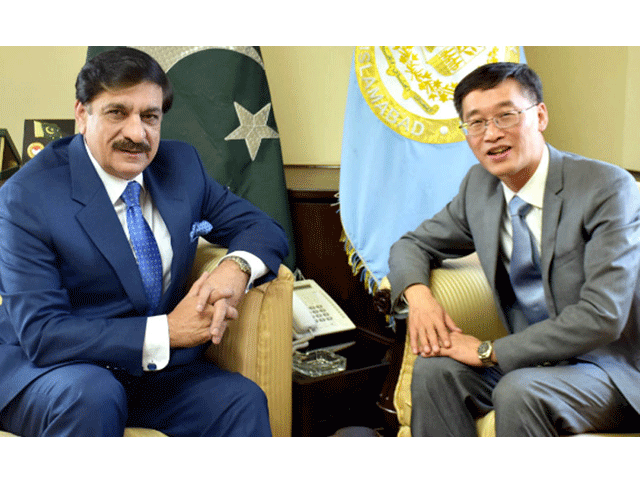 Long-time, trusted ally China has defended Pakistan’s record of combating “terrorism” in the wake of a withering attack by US President Donald Trump, who accused Islamabad of “lies and deceit” in an angry tweet on New Year.

He added that the country stood firmly with Islamabad in all situations and reiterated China’s commitment to the security and stability of Pakistan.

On Trump’s tweet about Pakistan, the two sides called for political reconciliation in Afghanistan and an end to the conflict.

Earlier on Tuesday, Chinese Foreign Ministry spokesperson Geng Shuang, when asked during a regular briefing on Tuesday about Trump’s tweet, did not mention the United States but defended Pakistan’s contributions in counter-terrorism.

“We have said many times that Pakistan has put forth great effort and made great sacrifices in combating terrorism. It has made a prominent contribution to global anti-terror efforts,” he said. “The international community should fully recognise this.”

Meanwhile, the US confirmed it had blocked a $255 million military aid to Pakistan, saying the country was reviewing Islamabad’s cooperation in security areas.

On Monday, Trump said that the United States had “foolishly” handed Pakistan more than $33 billion in aid in the last 15 years and had been rewarded with “nothing but lies and deceit”. “They give safe haven to the terrorists we hunt in Afghanistan, with little help. No more!”

Pakistani officials say tough US measures threaten to push Pakistan further into the arms of China, which has deepened ties with Islamabad after pledging to invest $57 billion in infrastructure as part of its vast Belt and Road initiative.

Analysts say Trump’s tweet signals that the fraught US-Pakistan ties are likely to worsen in 2018. “The trend lines have not been good, and the tweet gives an indication of the turmoil that awaits in 2018,” said Michael Kugelman, the senior associate for South Asia at the Woodrow Wilson Centre.