Only respon­se to any ‘do more’ demand­s will be ‘no more’
By Aamir Khan
Published: January 2, 2018
Tweet Email 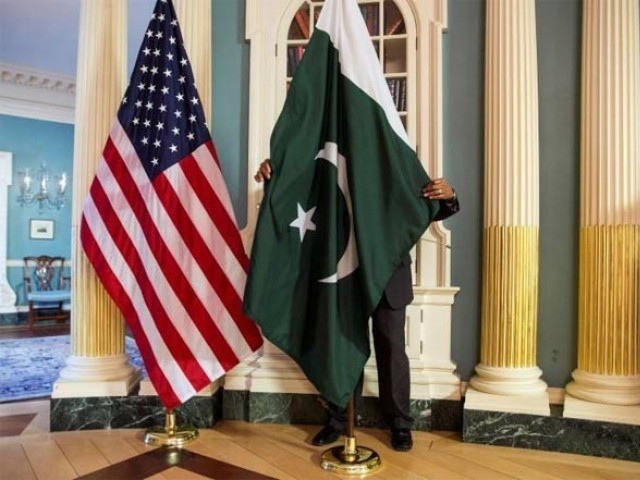 Only response to any ‘do more’ demands will be ‘no more’. PHOTO: FILE

KARACHI: Pakistan has decided to review its relations with the United States and adopt a tough stance, in the wake of President Donald Trump’s recent statement, it is learnt.

Pakistan will highlight its sacrifices in the war against terrorism at the diplomatic front; and if the US reduces or suspends aid to Pakistan or places any sanctions, the country will completely revise its relations policy with the superpower, according to sources.

Pakistan, said the sources, would not accept any demands to do more, and could stop all kinds of cooperation with the US. The only response to any ‘do more’ demands will be ‘no more’. The future policy with the US would be limited to ‘cooperation for cooperation’ and relations based on equality. “This policy will be adopted gradually,” they added.

It is learnt that the foreign minister and other officials will contact friendly countries, including China, to take them into confidence. The high-ups are reviewing the recent statement by President Trump and the future relations with the US “which are turning from strained to tense”.

He was also told that Pakistan was playing a role of frontline state in the war against terror. “There any no safe havens for terrorists in Pakistan, nor is Pakistan supporting any terrorist group directly or indirectly; and if US has any proof, it should hand it over to Pakistan.”

The sources based in Islamabad said that the US had failed to provide any proof and was blaming Pakistan just to cover up its failures in Afghanistan. “The Trump administration is pressuring Pakistan, but Pakistan will not accept any pressure and face the situation.”

Pakistan, according to the sources, has also decided to reduce dependency on the US in different fields and look for alternatives. It will also speed up the process of implementing its strategy for increasing diplomatic, trade and other relations with China, Russia and other countries.

The sources said that the Trump administration was under pressure after the resolution in the United Nations General Assembly.

Pakistan had supported the resolution calling on the US to withdraw its recognition of Jerusalem as the capital of Israel. Since then, the Trump administration has intensified pressure on Pakistan and is busy in levelling allegations which are meeting failure at the diplomatic level as well. Not a single important country is supporting the US stance. The US fears that if it moves any resolution against Pakistan in the UNGA, China or Russia may veto it.

According to the sources, since the US understands the importance of Pakistan; the Trump administration will think several times before taking any action against Pakistan. “Any anti-Pakistan step may deprive the superpower of valuable cooperation.”