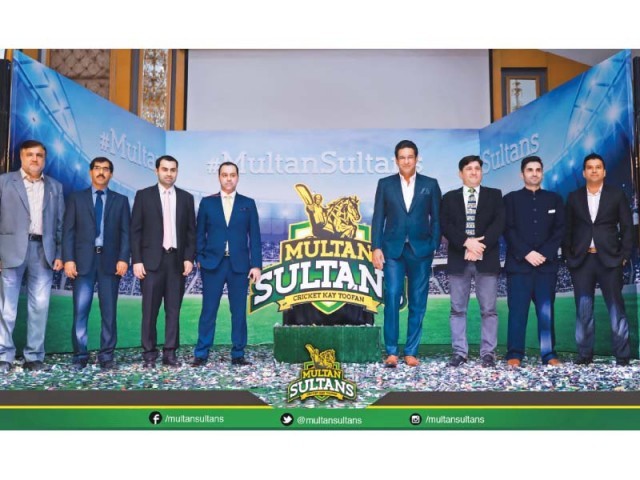 MULTAN: Under “Barhtey Chalo”, a bus-tour had been planned which will visit 11 districts and 20 universities of south Punjab to introduce the concept of Sultans. The cities included Faisalabad, Jhang, Mianwali, Muzaffargarh, Dera Ghazi Khan, Sahiwal, Bahawalpur, Rahim Yar Khan, Lodhran, Vehari and Multan. This was stated by Multan Sultans President Asher Schon when he shared the future plans of his team at the Multan Chamber of Commerce and Industry (MCCI).

He said that they would establish ten cricket nets in different cities for the promotion of young talent. He said that they would organise a grand function at the Bahauddin Zakariya University during the second week of January in this connection. A launching ceremony will be held at Multan Cricket Stadium in the first week of February in which Multan Sultans Cricket Director Wasim Akram and team players would participate. He said that they had selected a balanced team which had the capacity to win the Pakistan Super League (PSL).

He said that they would try their best to bring international cricket to Multan like other big cities of the country. Multan Chamber of Commerce and Industry President Malik Asrar Ahmad Awan said that they had special attachment with the name of Multan Sultans because it had another identity of the city of saints. He said that MCCI was performing corporate social responsibility along with business activities. Later, the Multan Sultans president distributed prizes among the chamber executive members. With these high aims and efforts, we hope the team will add well to the Pakistani cricket, he added. “Here, let me mention that the team was bought by schon group at a price of $5.2 million. Thus becoming the most expensive team in the Pakistan Super League,” he added.

The next edition of Pakistan Super League will be in February 2018 in UAE with six teams. In this season, eight matches have been planned to be played in Pakistan as well. The final of the previous edition was held in Lahore which was a huge success. This time, the final of PSL 2018 will be held in Karachi as per latest reports.