Infineon not vulnerable to takeover: CEO in Boersen-Zeitung

Infineon not vulnerable to takeover: CEO in Boersen-Zeitung 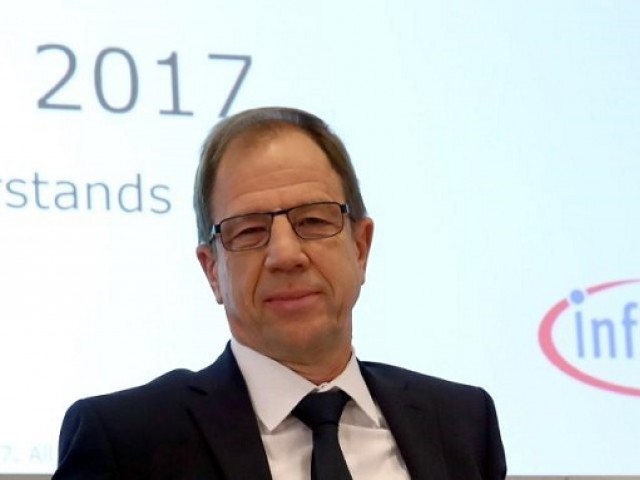 German chipmaker Infineon does not see itself as vulnerable to a takeover despite mega-mergers in the sector led by Broadcom’s $103 billion offer for Qualcomm, its chief executive told Germany’s Boersen-Zeitung.

“Infineon is not a primary takeover target,” Reinhard Ploss told the markets daily in an interview published on Saturday. “We communicate externally very clearly that we can and want to stand on our own two feet.”

“My impression is that this is very well understood in the market, also by Chinese investors, who do not normally have a hostile takeover strategy with high-tech companies,” he said.

Ploss said shareholders should be happy with Infineon’s price-earnings ratio of around 27, giving it a market value of 26 billion euros ($31 billion) that a potential new owner would find hard to increase significantly.

He added that Infineon’s strong position in security technology in Germany and engagement in the United States could present regulatory difficulties for a suitor.

Ploss said Infineon had learned from its failed attempt to buy US chipmaker Wolfspeed, which foundered on US security concerns, and would be expanding its political network in the United States.