57 Hindus convert to Islam in 10 days

57 Hindus convert to Islam in 10 days 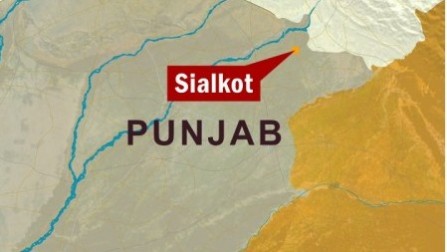 Relative says the families were coerced.

The people belong to adjacent Pasroor town and embraced Islam in to ‘survive in the society’, their Hindu relatives told The Express Tribune on Monday. Mangut Ram, a close relative of some of the new converts, who lives in Chobara village of Sialkot said that 35 members of a family embraced Islam because they were under pressure from employers. He said that he was the first cousin of the family.

He said some Muslim people from his village also worked in Karachi. Ram said that his co workers often spoke against Hindus in Karachi where his family worked. “The owner of the shop where I worked said that after a few months of his employing me the sales dropped drastically because people were avoiding purchasing and eating edibles prepared by Hindus,” Ram said. “Many people opposed the large presence of Hindu employees at his shop and my boss felt pressured to change the situation,” he added.

Mangut Ram said that Sardari Lal and his brother Meena/Kartar had worked at the sweets shops for several years and made a decent living,that allowed them to support their families. He said that other Muslims employees of the nearby shops discriminated against them and persecuted them. The shop owner was forced to think about their future at his establishment. “That was when the two brothers and their families decided to embrace Islam in order to keep their jobs and be secure,” he said.

Ram confirmed that 13 family members of Sardari Lal, 12 members of Meena/Kartar, their nephew Kans Raj’s son Boota Ram along with three adults and several children of these families embraced Islam on May 14. “I don’t blame them, Sardari Lal, has succeeded in saving his job and can support his family,” Ram said. He said that Sardari Lal’s older brothers Hans Raj and Kans Raj remained Hindus. Hans Raj too has said that he might consider converting to save his job. He said that life was ‘just easier if one was Muslim’ and he wouldn’t be discriminated against. Ram said that 14 Hindus of the Tapiala village had embraced Islam on May 17 because they were extremely poor and could not get jobs because no one would employ the large Hindu family.

He said that another relative of his, Parkash, who lived in the village of Seowal, along with his eight family members had embraced Islam in order to save their lands. “After embracing Islam Parkash Ram usually came to the village and wept before me, he told me that Muslim neighbours had been mistreating him and had forced him to convert,” Ram said. Approximately 700 families in various villages in Sialkot do not have any temple for worship. The only temple in the area was situated in the Chobara village.In 1965 it was demolished,” Ram said.

Power outlook to improve next month