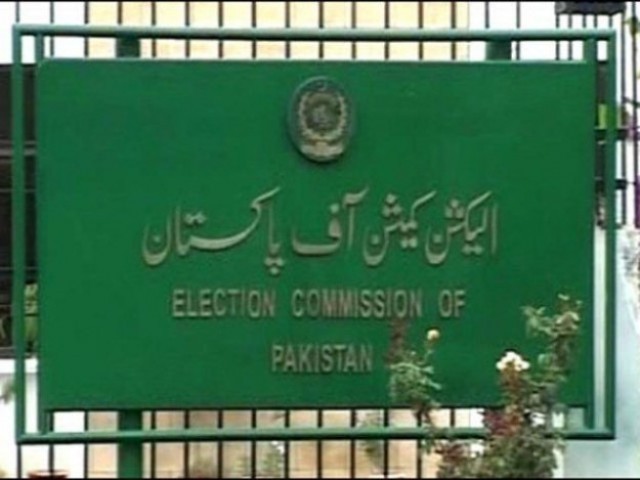 The essence of democracy lies in the quality of freedom. And quality of freedom stems from equality and equity that is available to all citizens of a country. Just look at what is taking place in Western countries. As the inequality deepens there, the quality of democracy begins to decline. The steep rise of bigots and Neo Nazis such as the Freedom Party in Austria, Trump and Marine Le Pen is just the beginning. In our neighbouring country too murderers of Gandhi have captured political power and in our own country, the enemies of Jinnah are being pampered and promoted shamelessly by the powerful and the super rich. This is happening because the electoral system, almost everywhere like market, has inherent bias for money and influence.

Consider this. George Orwell — a great British author — wrote this in 1940, “The English electoral system, for instance, is an all but open fraud. In a dozen obvious ways it is gerrymandered in the interest of the moneyed class.” The post-colonial states failed to evolve better electoral system as the old colonial system suited to new rulers. Isn’t it amazing that in all post-colonial states, the moneyed classes have captured democracy.

One obvious and fundamental electoral tool that greatly helped them to capture power and perpetuate their stranglehold is the electoral constituency, demarcated on the basis of geographical area. This stems from the centuries-old mindset. Conquering lands was always the driving force behind most invasions. Once an area is captured, the people and the resources would become property of the conqueror. Despite many reforms, the foundation of electoral systems almost all over the world remains the same. Constituencies might have been created on the basis of social groupings instead of area. I will discuss the issue in future articles.

In our part of the world, however, constituencies have literally become estates with vying contenders. Suffice to cite few examples. Leghari, Dareshik, Gorchani and Khosa tribal chiefs control most of Dera Ghazi Khan constituencies. In Larkana you find Bhuttos, in Islamabad Chaudharies, Khokhars and Bukharis and in Faisalabad Arains, Ranas and Ansaris, etc. As most government officials are made subservient to them and local development takes place through their patronage, the electorates have turned into subjects. Silent defiance is perhaps the only option to take revenge from the corrupt elites. More than 50% of voters don’t bother to come out and those who do, a large majority of them are influenced, coerced or bribed. Canvassing and freedom to vote with free will is tale of the past.

The constituency-based estates don’t hesitate to sabotage any measure and reform that in their view would undermine their power. The nine-year-long delay in the conduct of population census and release of its results, the unnecessary delay in the passage of bill for delimitation and election reform bill are few recent examples. Finally, after a huge and unnecessary delay the amendment to Article 51 (5) of our Constitution has paved the way for delimitation of constituencies.

This is a golden opportunity to rectify the past gerrymandered blunders and to balance the power concentration in a few hands — a phenomenon that also undermines social justice, guaranteed by Articles 3, 25 and 38 of the Constitution. Though our delimitation law is not ideal, it does provide sufficient grounds for some improvement.

The principles of delimitation have not been changed under the Election Act of 2017. They are: “Distribution of population in geographically compact areas, physical features, existing boundaries of administrative units, facilities of communication and public convenience and other cognate factors to ensure homogeneity in the creation of constituencies.” And the 1974 Act also guaranteed equality of population across constituencies, while the new act assures only 10% variation. Consider this: Pakistan has ratified the International Covenant on Civil and Political Rights and one of its principles is equality of vote.

Though only a careful analysis can reveal details of the hidden mischief in the previous delimitation exercise, citing of some obvious violation/gerrymandering will suffice the argument.

Let’s first discuss the principle of equality of vote. The population of Balochistan has been more than twice of Fata’s. But Balochistan has only two more seats than Fata in the National Assembly. In other words, while there is one MNA for about 400,000 people of Fata, in Balochistan it’s 878,000. Balochistan should have at least 28 seats according to Fata’s ratio. But political leaders of Balochistan never tried seriously to increase the number of NA seats for the province. A plausible explanation is — the larger the constituency, higher the influence and larger the access to mineral resources and development funds. Wild variation in population doesn’t end here. One could easily find it across and within districts too. In the 2013 general elections, in Lahore, NA-131 had 273,000 registered voters, while NA-125 and 128 had more than 400,000 voters. This wild variation is a clear violation of equality of vote principle and the delimitation law.

Moreover, one could find ‘unnecessary’ amalgamation of rural and urban areas. Faisalabad’s five constituencies were carved out by merging urban localities with rural areas and only four of 11 NA constituencies of Faisalabad fall in urban areas, while the share of urban population is nearly half. Also, a mind-boggling delimitation exercise took place in the past. Instead of following the principle of delimitation — the administrative boundary and many constituencies were spread over districts. For instance, Umarkot’s 80% population is Hindu. Instead of creating two constituencies within the district, which would have respected the Hindu majority and the homogeneity principle, the district was combined with three constituencies of Mirpurkhas. This mischievous gerrymandering turned the Hindu majority vote into a minority in all the three constituencies. A clear violation of two delimitation principles: the homogeneity and the administrative boundaries.

Ostensibly it looks strange that civil society and scholars have accepted these kinds of blatant violations of the law. But why have political leaders been silent? Since our political parties are heavily dependent on political dynasties, they have to accept the way these dynasties have carved out the constituencies for them.

Based on the above discussion, it seems fair to conclude that in the past delimitation principles and values were blatantly violated. And these violations helped the rich get richer and the poor get marginalised. After 15 years an opportunity has risen to rectify the past blunders. The ECP must ensure the nation that it shall conduct the delimitation exercise according to the law and the principles in letter and in spirit. This is the only way perhaps to curtail the evil power of the constituency-based estates and to eliminate the threat to our democracy and governance. Let’s make our democracy better.