US drone kills two near Kurram

US drone kills two near Kurram 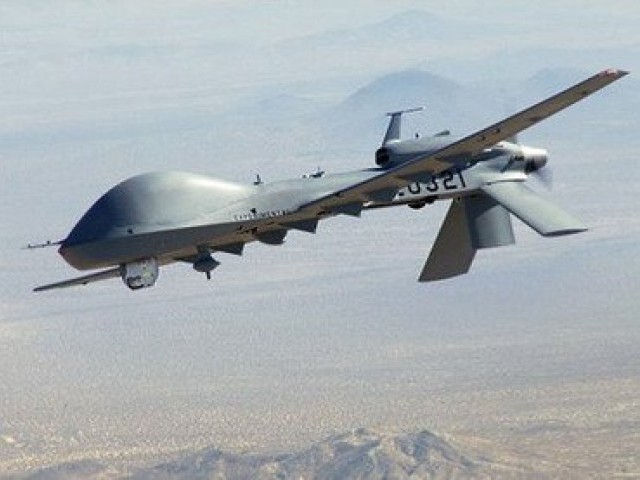 PESHAWAR: At least two people, including a Haqqani network commander, were killed after a suspected US drone struck a vehicle on the Pakistan-Afghanistan border near Kurram Agency, officials said.

Reports suggest there were at least four people in the vehicle when it was targeted by the unmanned aerial vehcile.

Sources said the dead were Jumma Khan, a Haqqani network commander and his associate.

It was not immediately clear if the drone hit the vehicle inside the Pakistani territory or on the Afghan side of the border.

Last month, a suspected US drone strike targeted a hideout of the Haqqani network in the same area, killing four people