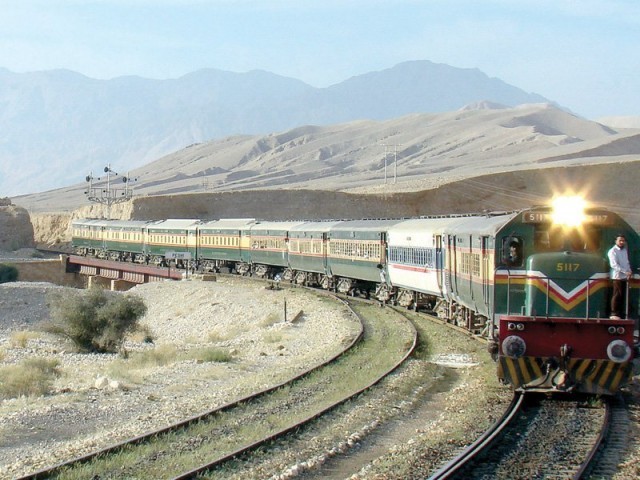 ISLAMABAD: Groundwork on one of the most important components of the China-Pakistan Economic Corridor (CPEC) – the rehabilitation and upgrading of Main Line-1 (ML-1) from Karachi to Peshawar – is likely to be initiated by March next year, Ministry of Railways Director General Planning Mazhar Ali Shah told APP on Monday. “Although Pakistan Railways has set an ambitious target for starting the groundwork, it is working hard to meet this target,” Shah said.

The DG said preliminary design of the project was in process and hopefully within three to four weeks, the design would be finalised. He said a feasibility study of the project had already been finalised while the framework agreement with China had also been signed. After finalising the preliminary design, all the procedural arrangements including commercial contract and financial close would be completed as soon as possible, he added.