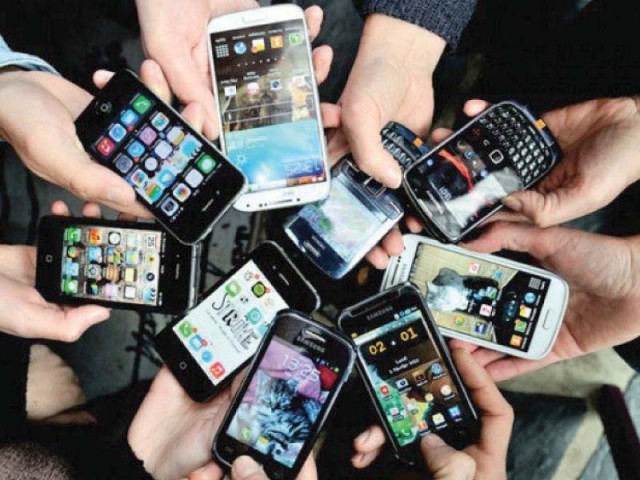 In mid-October of the current year, the FBR imposed a duty of Rs250 on mobile phones worth Rs15,000 or more while Rs300 was levied on cheaper handsets worth Rs6,000 or more. PHOTO: FILE

KARACHI: Prices of mobile phones have surged recently as government efforts to curtail smuggling by increasing the duty on handsets and depreciation of the rupee have caused a decline in imports, The Express Tribune learnt on Monday.

Mobile phone imports decreased while prices of feature phones rose up to 70% in November.

Cellphone imports declined to $58 million in November 2017 from $65 million in the same period of previous year, according to the Pakistan Bureau of Statistics (PBS).

The government has taken strict measures to curtail smuggling of mobile phones. Last month, the Pakistan Customs raided a bungalow in Karachi’s Defence Housing Authority and seized over 80,000 smuggled cellphones worth Rs350 million.

Market sources estimate that handsets worth $10 million are smuggled into the country, causing a huge loss to the government revenue.

In mid-October of the current year, the Federal Board of Revenue (FBR) imposed a duty of Rs250 on mobile phones worth Rs15,000 or more while Rs300 was levied on cheaper handsets worth Rs6,000 or more.

Government’s efforts to control smuggling are a step in the right direction, but they come at a high cost for the consumers looking to purchase feature phones.

“I used to sell two to four of these handsets every day, now the number has decreased to one set every two to three days,” said Ateeq Ahmed of AK Communication.

Depreciation of the rupee has also made imports expensive and discouraged the importers of mobile phones.

However, cellphone imports in Pakistan were 14% higher in the first five months of the current fiscal year compared to the same period of previous year.

Overall, telecom imports rose 14% or $564 million during the first five months of the current fiscal year compared to the same period of last year, when they stood at $494 million.

On a year-on-year basis, the telecom group imports decreased 2.31% in November 2017 while on a month-on-month basis the reading dipped 2.71%.