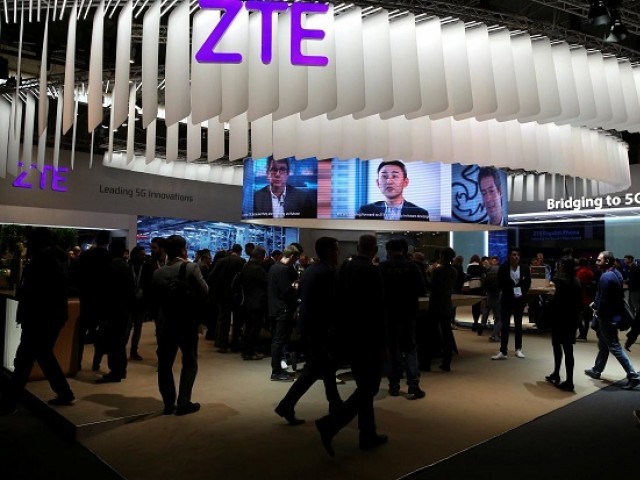 Two consulting firms hired to help the United States police ZTE’s compliance with trade sanctions have resigned, according to four people familiar with the matter.

China’s second-largest telecommunications company agreed earlier this year to pay a nearly $900 million penalty – the largest in a US export controls case – and open its books to a US monitor as part of a guilty plea for illegally shipping goods to Iran and North Korea.

Guidepost Solutions and Larkin Trade International were hired in June by the US monitor in charge of the oversight regime – Texas lawyer James Stanton – to help assess the company’s compliance with US export control and sanctions laws, and reduce its risk of future misconduct, said the people, who wished to remain unnamed because the matter is not public.

In late August, the two firms parted ways with the monitor after clashing over his approach to the job, the people said. Although Reuters was unable to determine the exact reasons for the departure, Stanton initially restricted the consultants’ access to ZTE documents and officials, hindering their ability to help monitor the company, one of the people said.

Stanton did not respond to multiple phone calls and emails seeking comment.

Tina Larkin, the chief financial officer of Larkin International, declined to comment, as did a spokeswoman for Guidepost Solutions.

A lawyer for ZTE declined to discuss the departure of the consulting firms, or the company’s relationship with the monitor.

“We’re looking to be cooperative and have a successful monitorship,” said Matthew Bell, the head of compliance for ZTE in the United States.

The problems with efforts to monitor ZTE, unreported to date, are rooted in how a US judge set up the policing program in March, according to interviews with more than half a dozen people familiar with the matter and a review of court documents related to the plea deal between ZTE and the US government.

US District Judge Ed Kinkeade presided over the ZTE sanctions case because the Justice Department filed the plea agreement between the United States and ZTE in his court in Texas, where the company’s US headquarters are located.

Before signing off on the plea deal, Kinkeade took the unusual step of having the agreement rewritten to put Stanton, a civil and personal injury lawyer, in charge of monitoring ZTE’s compliance with US export controls, several people familiar with the matter said.

The appointment was made despite the Dallas-based attorney’s lack of experience in US trade controls. The order naming him was sealed, leaving additional details about the judge’s decision unclear.

Generally, the Department of Justice chooses an independent monitor in a corporate criminal case from candidates proposed by the company, which is how the deal was originally set.

But ZTE and the Justice Department felt compelled to agree to Kinkeade’s choice and the changes to the monitorship agreement, sources said, because the plea had already been negotiated and filed in the judge’s court and a temporary license allowing ZTE to obtain US made goods – crucial for the company’s output – was about to expire.

While courts have been weighing in more often on monitors, John Hanson, president of the Virginia-based International Association of Independent Corporate Monitors, said it was extremely rare for a judge to modify a major part of a plea agreement between a company and the government to select his own monitor.

Kinkeade and his courtroom deputy did not respond to inquiries about the monitorship and requests for comment.

Stanton has to issue three reports, the first of which is due in January, on ZTE’s compliance with US trade rules. The reports will help determine whether the company is liable for an additional fine of $300 million or, worse, should lose its access to the US market.

Both Washington and Beijing have a lot riding on the reports and the success of the monitorship, which is set to last three years. The agreement allows the company continued access to the US market, which provides 25 to 30 pe rcent of the components used in its networking gear and smart phones. It is also part of a wider push by the United States to get China’s cooperation in combating nuclear proliferation and marks the first time that a Chinese company has submitted to such scrutiny.

Kevin Wolf, a former Commerce Department official who worked on the ZTE case, said the first few months of a monitorship do not always determine success or failure.

“With any monitorship involving a complex situation, inevitably there will be start-up problems but in my experience the issues work out in the long run,” said Wolf, who is now a lawyer in Washington D.C.

Kinkeade has known Stanton for over a decade. Both graduates of Baylor law school in Waco, Texas, Stanton dedicated a 2016 book, titled “What Judges Want” to Kinkeade, who he described as his mentor.

“He guided me with grace and judgment as I became a lawyer, a husband, a father and a judge,” Stanton wrote of Kinkeade in his book.  Stanton was appointed as a Texas state civil judge in 2009 and lost the election the following year.

In the modified ZTE plea agreement, references to required qualifications and experience were removed, and a clause about professionals assisting the monitor was added, according to a review of the original and modified documents.

Kinkeade also gave his own court a key role in overseeing the monitorship, including replacing the Justice Department as the arbiter in any dispute, and the monitor’s description was changed in one paragraph from “independent third-party” to ”judicial adjunct.” In an unusual move, the judge used a civil rule to make the monitor a judicial adjunct, despite it being a criminal case.

“Anyone who looked at this scratched his or her head,” said Washington lawyer Jacob Frenkel, who specializes in government investigations at Dickinson Wright and has represented monitors. “How do you appoint someone without requisite qualifications to the monitorship?”

While monitors are not always subject experts, they generally are not appointed in major cases without some relevant experience, Frenkel added.

With the original consultants out, Stanton turned to Ernst & Young in August to advise him, two people familiar with the monitorship, said.

Since Ernst & Young has been ZTE’s auditor since 2004, some ethics experts including University of Virginia law professor Brandon Garrett said the hiring raised conflict of interest concerns about how independent the firm would be in assessing the company’s adherence to US trade rules.

A spokeswoman for Ernst & Young declined to comment, as did a lawyer for ZTE.