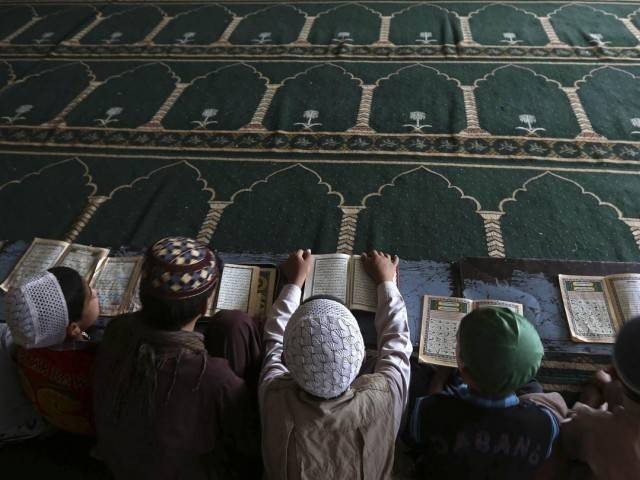 ISLAMABAD: While madrassas are playing a key role in preserving Islamic heritage, there was a need to bridge the gap between them and modern education system.

This was stated by speakers at the launch of the book “Religious Seminaries and its Present Importance” at the Faisal Masjid campus of the International Islamic University Islamabad (IIUI) on Friday. The launch was organised by the Iqbal International Institute for Research and Dialogue at the varsity.

The book has been written by US-based scholar Dr Ibrahim Moosa who studied the Deoband and Nadwa orders in India and conducted field studies in India and Pakistan. Noting that Madrassas are playing a great role in preserving Islamic heritage, he said that they wanted to build a bridge between the tradition of Madrassas in Islam and present-day educational system.

Council of the Islamic Ideology (CII) Chairman Dr Qibla Ayaz acknowledged the need for modernising the Madrassa curricula. However, he was quick to remind that the role of seminaries was still quite vital.

He proposed that the study of Madrassas should be included in university curricula.

Former CII chief Dr Khalid Masood noted that it was the need of the day to bridge the gap between modern day educational systems and traditional Madrassas.

American Centre for Pakistan Studies Chairperson Dr Farhat Haq said that Pakistan has all the capabilities of leading the world by implementing the latest trends side-by-side with traditional systems.

CII Member Khurshid Nadeem also echoed the need for modernising Madrassas to ‘cure’ the ills in the Madrassa system.

Pakistan ‘needs US trust not funds’