Says US attitu­de ahead of UN vote will be rememb­ered as an ugly and unforg­ivable act
Published: December 22, 2017
Tweet Email 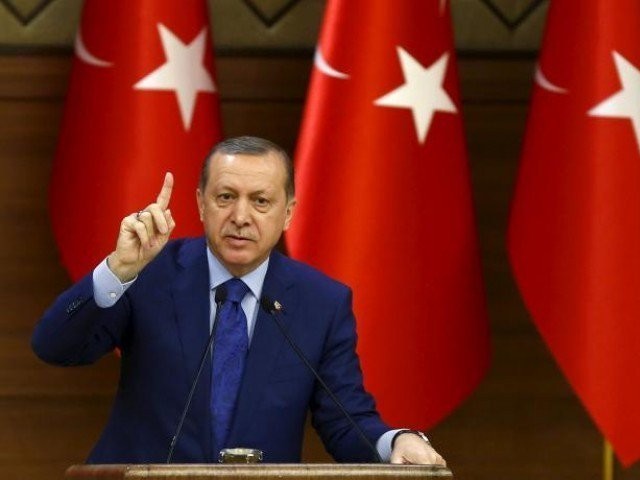 ANKARA: Turkish President Tayyip Erdogan called on Friday for the United States to step back from its decision to recognise Jerusalem as Israel’s capital after the United Nations voted against the move despite what he called “ugly and unforgivable” US threats.

More than 120 countries defied President Donald Trump on Thursday and voted in favour of a United Nations General Assembly resolution calling for the United States to drop its recent recognition of Jerusalem as Israel’s capital.

“Despite threats, the UN took an honourable stance,” Erdogan said at a meeting of his AK Party in Istanbul. “The US should turn back from this wrong step.”

Trump had threatened to cut off financial aid to countries that voted in favour.

A total of 128 countries backed the resolution, which is non-binding, nine voted against and 35 abstained. Twenty-one countries did not cast a vote.

“The US attitude ahead of the UN vote will be remembered in the history of democracy as an ugly and unforgivable act,” Erdogan said.

Erdogan urges world to resist US threat in Jerusalem vote

Trump’s warning appeared to have some impact, with more countries abstaining and rejecting the resolution than usually associated with Palestinian-related resolutions.

“The White House picked up the phone and called these countries one by one, threatening them blatantly,” Erdogan said, without elaborating.