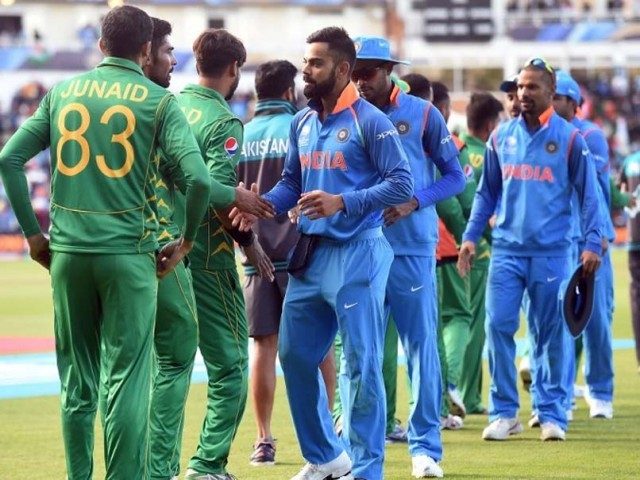 There has been little love lost between the PCB and the BCCI since political relations between the two countries went south. PHOTO: AFP

KARACHI: The Board for Control of Cricket in India (BCCI) and the Pakistan Cricket Board (PCB) are set to lock horns once again as the Indian board has raised objection against Pakistan hosting the next Asian Emerging Nations Cup cricket in April next year, with the PCB deciding to do everything in its power to not have the decision overturned.

“Pakistan was given the hosting rights for the six-nation tournament at an Asian Cricket Council (ACC) meeting in Lahore on October 29 which the BCCI and the Bangladesh Cricket Board didn’t attend,” said a source close to the matter. “Now they have an issue with the decision and communicated as much during the recently held ACC Board of Directors meeting in Dubai. The PCB will be discussing the matter in next year’s meeting and will try to ensure that Pakistan keep hosting rights.”

The BCCI’s main concern is that it was not consulted before announcing the venue for the event, despite India being scheduled to take part in it. Pakistan, however, feel they should retain hosting rights since India was not present during the meeting during which the hosting rights were awarded.

With India not ready to send a team to Pakistan, it will be interesting to see how the ACC handles this issue. However, if India and Bangladesh both object to the decision, it is possible that the decision may be overturned.

International cricket is slowly returning to Pakistan after a span of eight years since the 2009 attack on the Sri Lankan team bus.

Former Test cricketer Jalaluddin believes India is doing its best to prevent the revival of international cricket in Pakistan.

“India has been interfering in every possible matter in which Pakistan cricket is involved, which means they don’t want the revival of international cricket in the country,” he said. “It is ironic that the team that was attacked has visited the country but India are still opposed to the revival of cricket for some reason. The board has a convenient excuse of not playing against Pakistan; they put all the blame on their government but in fact they themselves don’t want the revival of international cricket in Pakistan.”

Madrid demands the best even of ‘Galactico’ groundsman