Seen in viral videos, the 16-year-old has been attending protests when she was just nine years old

Ahed Tamimi (right). PHOTO: File
Ahed Tamimi, a 16-year-old Palestinian activist who is seen confronting Israeli soldiers in viral videos, has been arrested in a raid at her home by the Israeli army and border police in the occupied West Bank on Tuesday.


According to Ahed's father Bassem, the Tamimi family, who are well-known activists in the village of Nabi Saleh, woke up with a shock at about 3am to the noise of Israeli forces banging on their front door and screaming.

Bassem said he opened the door for the soldiers, who pushed him aside and trooped into the house.

They forced the family into one of the rooms as they went about rifling through the household contents, throwing clothes and possessions on the floor and leaving behind a mess. 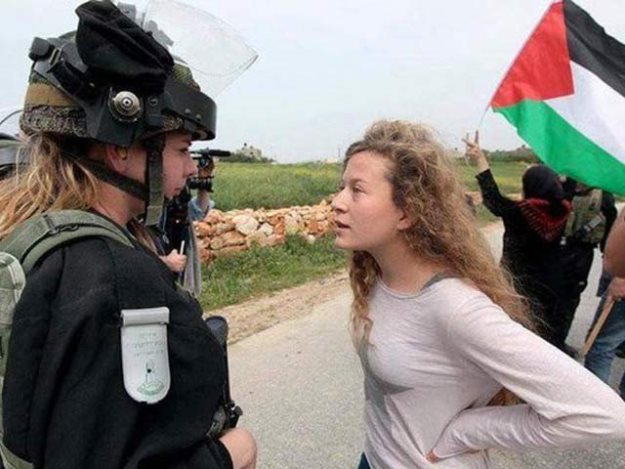 The soldiers then informed the family that Ahed was being arrested, without giving any reasons.

"Nariman was hysterically crying and attempted to hug Ahed, but she was thrown to the ground by the soldiers," he said, referring to Ahed's mother.

Despite Ahed being a constant fixture at Nabi Saleh's protests, this is the first time she has been detained by Israeli forces. 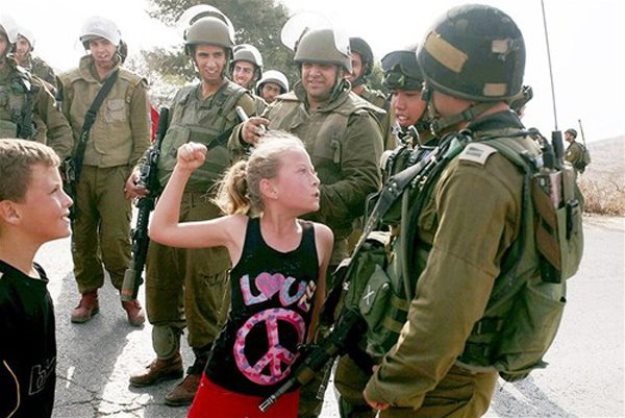 Ahed was handcuffed and led by the soldiers outside to an Israeli army jeep. The family was prevented from following her outside.

Thousands of Muslims in Asia protest against Trump’s Jerusalem plan

According to Bassem, at least 30 soldiers were involved in the raid and Ahed's arrest.


The soldiers confiscated the family's phones, computers and laptops. Bassem told Al Jazeera that his 14-year-old son had refused to give the soldiers his phone.

"Six soldiers pushed him down and violently took it from him," he said.

The family was left in shock following the raid.

Later in the afternoon, Nariman went to visit Ahed, who was being held at a police station near Jabaa village in the Jerusalem district of the West Bank, so that she could be present during the minor's interrogation. 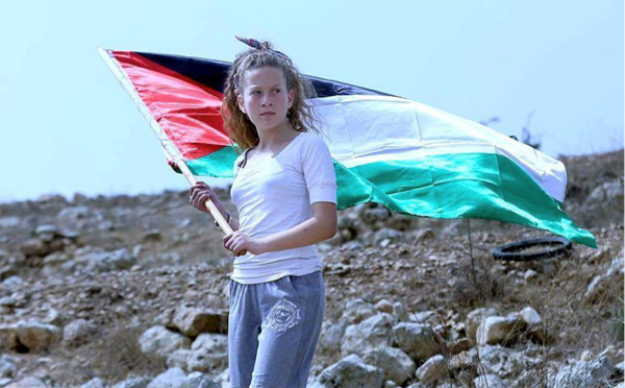 Ahed's arrest came a day after a video of the teen confronting Israeli soldiers during protests in Nabi Saleh on Friday, over US President Donald Trump's recognition of Jerusalem as Israel's capital, went viral.

Moments earlier, Ahed's 14-year-old cousin, Mohammad, had been hit point-blank in the face by a rubber bullet fired by the Israeli soldiers,

Mohammad had to be put under a medically induced coma, from which he woke up on Tuesday, 72 hours later.

"Ahed was telling the soldiers to get away from our home," Bassem said. "She was trying to force them to leave to prevent the soldiers from hurting anyone else." 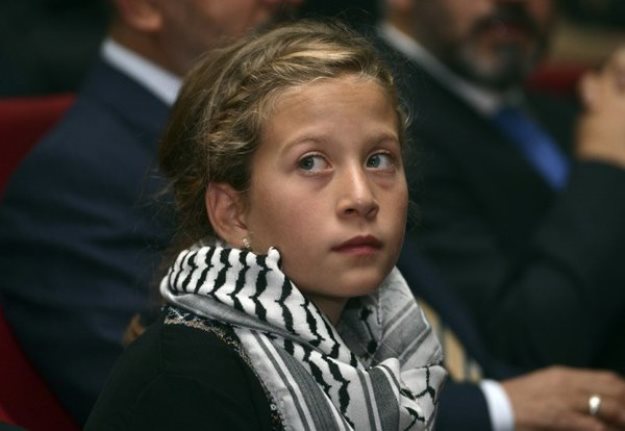 He added that the soldiers did not react to Ahed's attempts to force them out of the area because they were in a state of shock on seeing the severity of Mohammad's wounds after shooting him in the face. 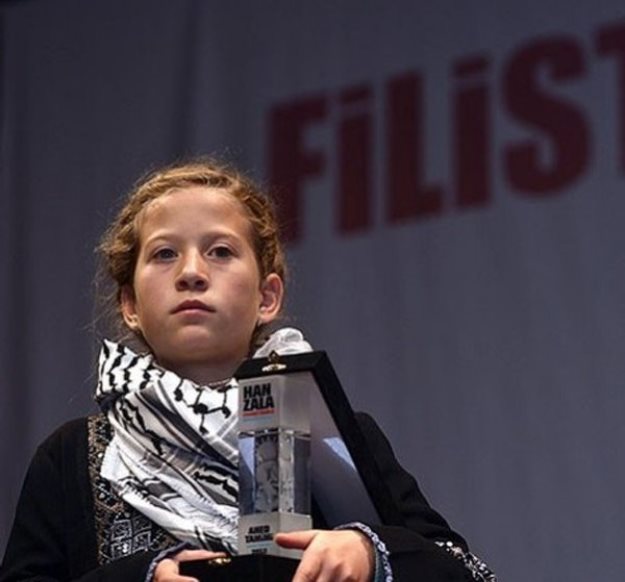 Ahed has been praised by activists and the international community for her courage during protests in Nabi Saleh, which have been held every Friday in the village for years.

She started attending the protests there when she was just nine years old.


At age 13, Ahed won the Handala Courage Award in Turkey, and rose to international prominence after a video and series of photos were published of the young activist, along and her mother and aunt, desperately attempting to save her injured brother Mohammad, then 11 years old, from being arrested by Israeli forces in 2015.

When she was only a child, a photograph of her standing up to Israeli soldiers earned her an invitation to meet then-Turkish Prime Minister Recep Tayyip Erdogan. Then in 2015, a picture of the girl biting the hand of an Israeli soldier trying to arrest her brother became a symbolic photo shared widely around the world.

Just last year, Tamimi was denied a visa by the State Department in Washington after she was invited to be part of a speaking tour titled "No Child Behind Bars/Living Resistance".

After US veto, UN General Assembly to meet on Jerusalem status