The team gets candid prior to the film’s releas­e
By Shaheera Anwar
Published: December 20, 2017
Tweet Email 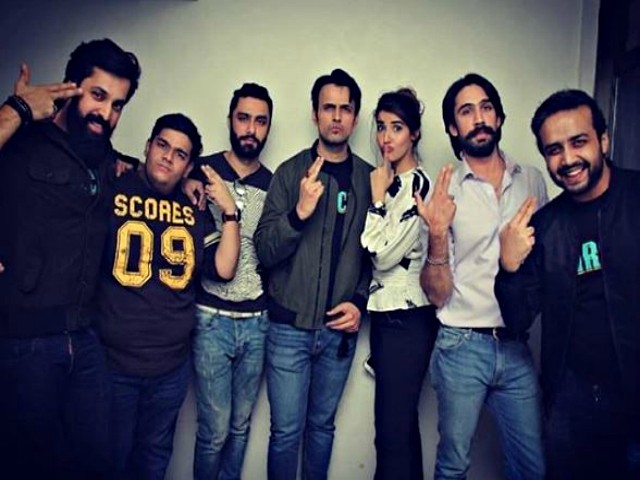 KARACHI: 2017 was the year of Pakistani movies. Starting with Balu Mahi, cinemas saw the likes of blockbusters such as Punjab Nahi Jaungi and Na Maloom Afraad 2 during the summer. Chalay Thay Saath may have survived, however Chain Aye Na was not appreciated by the public. Even Mahira Khan’s Verna was a part of a big controversy before its release. While the year might be coming to an end, there’s still a plethora of movies such as Rangreza, Arth 2 and Chupan Chupai, which are aiming to end the year on a good note. Parchi, however wants you to start the new year with a bang.

Slated to release early next year, Parchi is already wowing crowds. The film stars Hareem Farooq in an unconventional role opposite Ali Rehman Khan and Usman Mukhtar. The trio has already made their mark in the film industry with films like Dobara Phir Se and Janaan, respectively. Produced by Imran Raza Kazmi (IRK), the cast of the film also includes Ahmed Ali Akbar, Shafqat Khan and Mojiz Hasan (MH) amongst many others.

Speaking to The Express Tribune (ET), Imran and Mojiz, who is making his film debut with Parchi, revealed all that went behind into making this movie one that’s guaranteed to “blow our minds.”

ET: You’re making your film debut with ‘Parchi’. What were you doing before this film? What made you start acting? 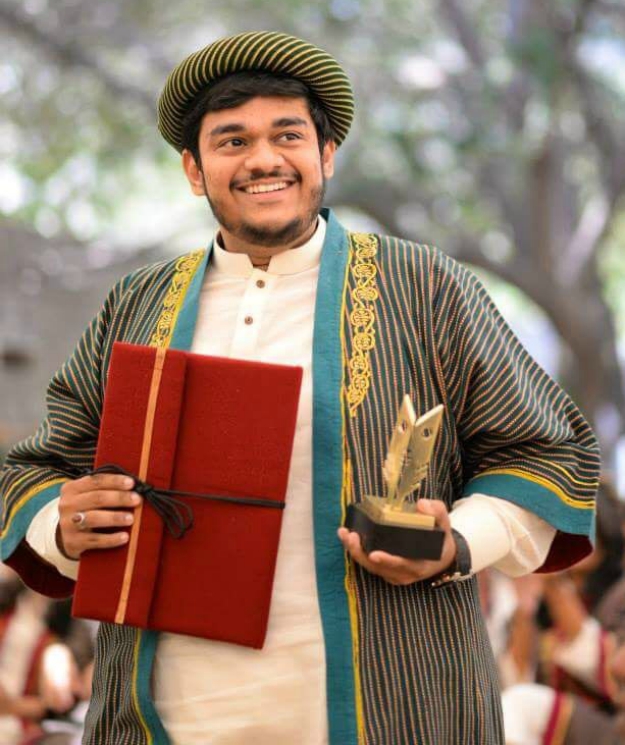 MH: I always wanted to act. Even as a child, I would do it every now and then. My family wanted me to pursue engineering, so I applied at all major engineering universities. I was accepted by all but then I literally framed the acceptance letter and told my mother that I was enrolling in Indus Valley School of Art and Architechture. I did theatre while studying and met Hareem when she had come with the rest of the Islamabad group for some auditions. I didn’t make the cut but they still asked me to join their team and I instantly became friends with everyone. I did Pawnay 14 August with them and then Sawa 14 August, but my grades started to fluctuate. My brother did not like that my studies were getting affected, so I stopped acting. I graduated with a perfect GPA 4.0 and started my own game development business. Hareem called me up one day and said that there’s a role for me but I told her I had stopped acting. I was financially pretty independent by that time and she convinced me, so I finally agreed. That changed my life.

ET: Tell us about your character in the film. Are you playing a major role?

MH: We could not put my scenes in the teaser or the trailer because that would give away the story. Even if we revealed one of my dialogues, the film would be compromised. Youtubers who post trailer reactions know a lot and that could sabotage Parchi which is why we did not take that risk. That being said, there’s a reason they’ve kept me in the promotions of the film. My character’s name is Virgo and he’s linked to Zodiac, who’s the villain.

ET: Are there any specific moments while you were filming, that you still remember? How was it like working on a film with such a huge cast?

Despite crazy shooting hours and almost zero energies my friends and team managed to surprise me on my birthday! i cant thank each and everyone of you enough, esp @imranrazakazmi @umarhayatt @madeehamasood88 @imrankhalidb @tjtalaljilani @mojizhasan @serrdarjonaidkhan @theusmanmukhtar @jafriazfar and all my parchi team! Also a huge shoutout to all my amazing fans for the amazing edits and making this birthday even more special! you guys are the best! PS. im sorry to anyone who wished me via watsapp and didn't get a response, i've been unable to see them as it crashed and failed to recover my data

MH: Yes, it was Hareem’s birthday and the schedule on set that day was very hectic. It was impossible for us to get the time out and plan something for her. Hareem’s very protective, especially about me, so we announced on our walkie-talkies that I was badly hurt and an ambulance was on its way. She came running from the makeup room to see me, which is when we surprised her with a cake.  I think that was one of the most memorable moments for all us and we were glad to pull it off in such a short time. We only had a five-minute window to execute everything and then we got back to filming. But I want to highlight that all of us bonded a lot. Usman would always appreciate my acting while Shafqat, Faizan Sheikh and Talal Jilani helped me with dialogues. Ali being Ali would give me grooming tips. Imran, Ahmed and Hareem adored me. Hareem would even do my makeup at times to make that I looked good on screen. I can’t thank them enough for supporting me.

ET: Are there any more projects that you are working on after ‘Parchi’?

MH: There’s another film that has been offered to me and I am still in the script reading phase. I’m hoping for a serious role but let’s see how it goes. I still haven’t given them a final word. I get a little nervous when it comes to signing contracts. I would love to host a children’s show though – something like Are You Smarter Than A Fifth Grader? – which is both, fun and educational.

ET: Why will ‘Parchi’ blow our mind?

IRK: Basically the idea was that whenever you get a parchi, the next thing that happens is that you get a threat that they’ll blow your mind. Plus, it was a catchy hashtag.

ET: Hareem is seen as a very strong-headed girl in the movie, something that no other Pakistani film has ever done. What was your reason behind showing a female in that avatar?

IRK: Films usually show the guy as the hero and we wanted to change that. We wanted to show that a girl can be a hero as well. Even in Janaan, the story was about Meena who comes to Pakistan. Siyaah was very female-centric as well. Most of the movies you see now have male protagonists and women are just shown as beautiful faces – they don’t have much to do with the storyline, especially when it comes to commercial cinema. Parchi has a female protagonist who is also leading the men which hasn’t been shown in Pakistani films or even Indian films. We’re breaking a stereotype and are really proud of this. 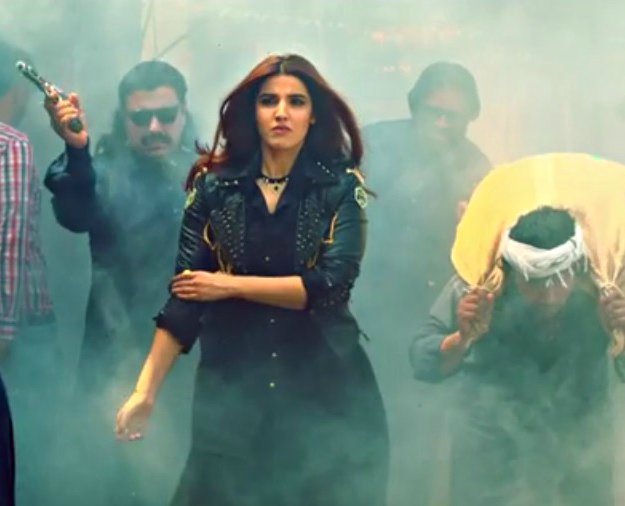 ET: Tell us a about the characters in the film.

IRK: The characters are very diverse from each other. The writer Shafqat, has done a great job with characterisation. The entire cast comes from a theatre background and they’ve been doing this since 2005, so they have a strong hold of their craft. We start our rehearsals 30 days before filming so that each everyone can improvise and make changes to the character if need be so that no two characters are the same. When you watch the film, you will realise that every character has its own charm.

ET: Why did you shift from a rom-com like ‘Janaan’ to this comedy thriller ‘Parchi’?

IRK: A lot of people don’t know this, but the first film we did was Siyaah which was a horror film. We didn’t want to limit ourselves to one genre. In Parchi, there’s no sleaziness. There are no cheap dialogues; it’s situational comedy. When you talk about the topic ‘parchi’, the first thing that comes to your mind is kidnapping or something of that sort. It was also very common in Pakistan which makes it more relatable. Also, this subject hasn’t been touched by any other Pakistani film before so there’s logic to the entire plot. It’s also very fast-paced and highly entertaining. Since we want to exploit all film genres, we’re looking forward to experimenting with action.

ET: Ali and Usman were a part of ‘Janaan’ as well and now they’re back together in ‘Parchi’. Why did you cast the same people?

IRK: Parchi was actually supposed to happen before Janaan. When the film was being written and the characters were being developed, we had a few people in mind. We wanted a character like Usman so we were sure to cast him. Hareem was also thought out to play Eman from the beginning. But then we had to put Parchi on hold and got started on Janaan. We saw Ali in that film and realised that he fits perfectly as Bash, so he joined us in Parchi as well. But we still held auditions and Ahmed was best at playing Saqlain, so he came on board. I think everyone has their own style and for the characters we had, all of these were the only ones who could do justice to them.

ET: ‘Arth 2’ and ‘Rangreza’ are releasing at the end of the year – a few weeks before ‘Parchi’ – do you feel threatened that people might opt for Shaan?

IRK:  When we released Janaan, we were up against Actor in Law. Ali was new and Armeena Rana Khan was not very well known amongst the masses so going up against Mehwish Hayat, Fahad Mustafa was challenging. Even Om Puri was starring for the first time in a Pakistani film so we were very nervous. But I think that the promotions we do, help us a lot. Good actors in your team who are also good at marketing are important. As a producer, I can only give a certain plan but it’s up to them to execute it. My team’s execution has been amazing which is why we have received a massive response. Even with Parchi  – by the time we are leaving from the promotions, everyone is in love with the cast. Moreover, Parchi is a comedy film while Rangreza and Arth 2 are a little more serious. They will have their own impact on the market and I hope they do good business as well. At the end of the day, it’s all about the script. If your content is strong, the film will do well otherwise it won’t.

ET: In the future, are you open to working with Bollywood stars?

IRK: We’ve already collaborated with Indian talent. We had Salim-Sulaiman for Janaan and in Parchi, we are collaborating with Herby Sahara and Mika Singh so yes, I would love to. But it all depends on the budget as our industry is fairly new. Unless someone like Salman Khan or Aamir Khan joins us, it’s a different scenario. If it’s not them, then I believe there are really talented actors in Pakistan with a huge following that can get the job done. I would be great though if big production houses from Pakistan and India could collaborate and make a film partly shot in both the countries. That would be fun.

Parchi hits Pakistani screens on January 5, 2018 while the international release will be on January 12, 2018.