Is Rani Mukherji's 'Hichki' copied from Hollywood's 'Front of the Class'?

Is Rani Mukherji's 'Hichki' copied from Hollywood's 'Front of the Class'? 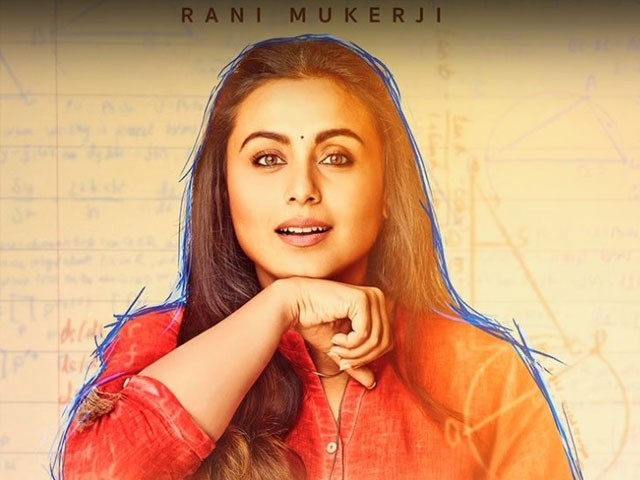 Bollywood’s finest Rani Mukerji has been readying herself for a comeback with her upcoming film, Hichki. The film directed by Siddharth P Malhotra is set to hit the screens in February next year.

This will be Rani’s first film after the birth of her daughter, Adira Chopra. The trailer of the movie was released yesterday and fans loved the whole setting, us included.

Rani Mukerji on her 20 years in Bollywood

Hichki is a story revolving around Naina Mathur – a woman with Tourette Syndrome – with an ambition to become a teacher. Tourette Syndrome is a neuropsychiatric disorder that causes involuntary movements and sounds.

The trailer was very well received, given it’s nature of plot. However, there were some Twitter users who said that the film is a copy of the 2008 film Front of the Class, starring James Wolk, Treat Williams and Patricia Heaton.

While I don't doubt acting skills of #RaniMukerji in #Hichki, but #Bollywood writers and directors seriously need to stop relying on #Hollywood stories. Front of the class, take the lead, freedom writers.. Is this the formula? Hope there is a credit given to original writers..

Well, we say that it’s more than inspired by the Wolk starrer.

Previously, talking about the film, Rani revealed why she chose this particular film for a comeback.

“When the script came to me, I wasn’t thinking about getting back to work. I really liked the script and said, ‘Okay, we can go ahead with it,'” said Rani.

“It was a process that happened organically. Then it hit me, ‘I have to leave my daughter and go to work.’ My husband feels if he hadn’t have pushed me, I wouldn’t have come back. I would be very happy being with Adira whole day long. And that’s true. I am most content when I am with my daughter. Right now, she is taking her afternoon nap, so I am comfortable. The minute she wakes up, I will be like, ‘Okay, time to go,'” said the Black star.

Are similarities of the two movies a few too many to be simply ‘inspired’? You be the judge.

Have something to add the story? Share it in the comments below.