Actor also says opport­unity and freedo­m for work has increa­sed for women in Bollyw­ood
By IANS
Published: December 17, 2017
Tweet Email 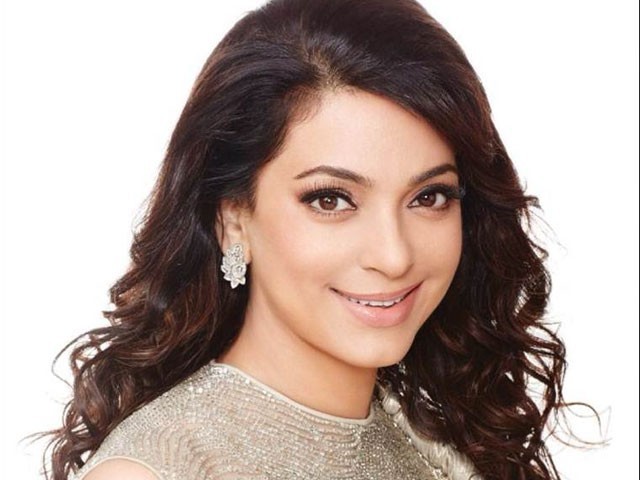 Juhi Chawla feels there is a lot of pressure on the girls on-screen today, and wonders if wearing shorter dresses and aiming for a “size-zero” frame is really an “expression of freedom”. The actor says a lot has changed for women in showbiz, but some aspects continue to remain the same.

The actor said she doesn’t understand the pressure on women to “prove their equality”.

“I am not exactly sure what’s going on about any debate on gender, equality and stuff in the world right now. Some things have changed for the better and some… I am not sure if we are headed in the right direction. As in, 15 years ago there used to be one or two women on the sets of a film with 100 men. Today, there would be maybe 35 women and 65 men in a film unit, which is great,” Juhi told IANS.

Juhi Chawla: The making of a Yash Chopra heroine

“So, yes, the opportunity to go out and be working and the freedom has increased for women. But on the other hand, films are still hero-centric… In a majority of the films, the hero is the hero,” she added.

The Bhootnath actor feels the pressure on female actors is also increasing.

“I feel we are putting a lot of pressure on the girls on-screen. They are wearing tinier clothes, they are becoming size-zero, they have to look very cool and comfortable with live-in relationships…. Why so much pressure on women? Is this an expression of freedom? Is it, truly?

“I don’t even see why it is a question that women should prove their equality. I feel they were anyway superior. I mean women are one half of society and are responsible for creating the other half. So why do they have to prove anything?”

A former Miss India Universe, Juhi made her cinematic debut with the 1986 film Sultanat. But she came into the spotlight in 1988 with the success of romantic drama Qayamat Se Qayamat Tak, which also featured Aamir Khan.

She experimented with her craft after her marriage to businessman Jai Mehta in 1998, by taking up films like 3 Deewarein, My Brother Nikhil and Jhankaar Beats. In the past few years, Juhi was seen in Gulaab Gang and Chalk N Duster.

There are reports that she might get back together with superstar Shah Rukh Khan for a cameo in Aanand L Rai’s project, and might star with Anil Kapoor in Vidhu Vinod Chopra’s Ek Ladki Ko Dekha Toh Aisa Laga.

But neither is there any confirmation on the projects, nor did Juhi choose to speak about them.

Talking about the kind of work she wants to do, Juhi said, “As long as I can, I will be acting — whether on-screen or by making an appearance on television. I will continue it — may be a little less than before.

“I am working in a film which will go on the floors in January and again it is a very interesting script. I think you will hear more details from the production house which at some point will make its announcement.”