On Friday, the middle-schooler was filmed by his mother Kimberly Jones shortly after she picked up Keaton from school because her son was too afraid to go to lunch. “Just out of curiosity, why do they bully?” cried Keaton in the video.

The boy described having milk poured on him and being called ugly for the scars left on his head following a tumour operation. “They make fun of my nose. They call me ugly. They say I have no friends,” he shared.

Keaton continued, “What’s the point of it? Why do you find joy in taking innocent people and finding a way to be mean to them? It’s not okay. It’s not okay! People that are different don’t need to be criticised about it. It’s not their fault.”

In a message accompanying the video, his mother wrote, “My kids are by no stretch perfect, and at home, he’s like all boys but he’s very good at school.” 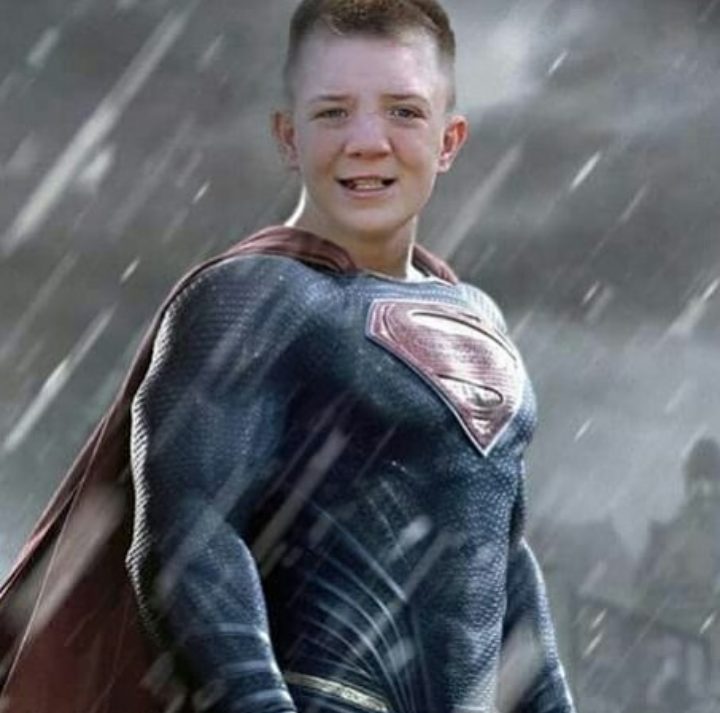 She continued, “Talk to your kids. I’ve even had friends of mine tell me kids were only nice to him to get him to mess with people. We all know how it feels to want to belong but only a select few know how it really feels not to belong anywhere.”

Since then, the video has gone viral - within 24 hours the post had been viewed more than 10 million times and is closing in on 20 million.

Many celebrities have reached out to the young man too...

“Little buddy,” wrote Mark Ruffalo, “I was bullied when I was a kid. You are right #ItGetsBetter! You are my own personal super hero. Protect Yo Heart. You got a pal in the Hulk.”

Chris Evans, on the other hand, just invited Keaton to next year’s Los Angeles premiere of Avengers: Infinity War. “Stay strong, Keaton,” tweeted Chris Evans. “Don’t let them make you turn cold. I promise it gets better. While those punks at your school are deciding what kind of people they want to be in this world, how would you and your mom like to come to the Avengers premiere in LA next year?

“Hey Keaton…I just wanted to say I think you are amazing…I would love for you to be my date to the Pitch Perfect 3 premiere on Tuesday,” Hailee Steinfeld said in a video posted on Twitter.

#KeatonJones, your curiosity and kindness will overcome this moment and bring you many better days to come. #StandWithKeaton https://t.co/8t4ojKLs72

We hear you #KeatonJones. I was bullied constantly growing up. And could never have put into words what you have. It does get better. And it gets better because of who are and what you know and how you share it with all of us. Thank you for your courage. https://t.co/P4cCQtkAnB

Stay strong, Keaton. Don’t let them make you turn cold. I promise it gets better. While those punks at your school are deciding what kind of people they want to be in this world, how would you and your mom like to come to the Avengers premiere in LA next year? https://t.co/s1QwCQ3toi

.@lakyn_jones Hey Keaton, bullies are the ones with the problems NOT you. Many are bullied at home and pass it on. Cowards always need an audience. Be strong! I’ll come walk the hall and eat lunch with you anytime. #IstandwithKeaton #Keatonstrong #KeatonJones

Hi @Lakyn_Jones, could you pass this message along to Keaton? ❤ pic.twitter.com/3l8P4fKAqW

Keaton jones you are a hero. This extremely raw and real moment has brought hope and truth to so many people. Be you and be forever fearless. Never give up. You are loved!

I love this boy and I’ve never met him. You are brave and beautiful just as you are, don’t ever let others define who you are. Bullies are insecure and ignorant. Words create emotional poison, don’t listen to them so that poison doesn’t ever get to your pure heart ❤️ pic.twitter.com/SjntR2Pksk

MJ-Sid | 3 years ago | Reply Her family is turning this tragedy into a money making scam. Poor kid has to fight bullies at school and be raised by racist Southerners at home.
Irfan Muhammad | 3 years ago | Reply What a beautiful thing. It had me in tears that how celebrities care about a little kid.
Replying to X
Saved ! Your comment will be displayed after the approval.
Error !
Error! Invalid Email.

Three killed in murder-suicide in Korangi