Import curbs should be done away with to improv­e suppli­es.
By SYED AKHTAR ALI
Published: December 11, 2017
Tweet Email 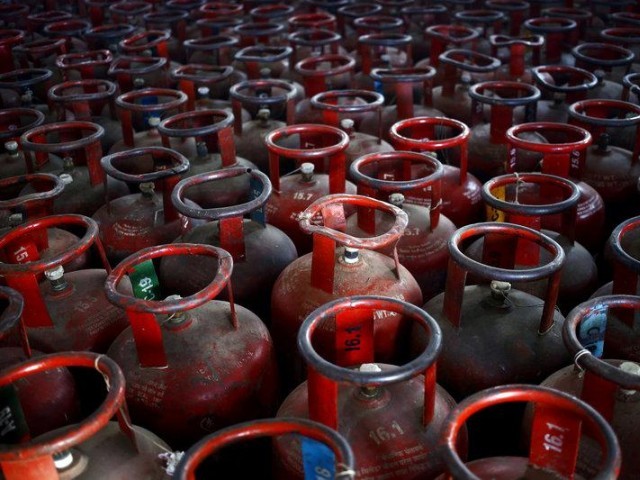 ISLAMABAD: The liquefied petroleum gas (LPG) policy could not be streamlined over the past few decades. There has been stranglehold of the powerful people who earned unlearnt income due to a constrained supply situation.

In this article, we will talk about some possible solutions which could help resolve the prevalent issues.

Both sincere and half-hearted attempts have been made to solve the problems, but no meaningful effect has emerged.

Present government theoretically eliminated the quota system and authorised LPG producers like refineries and oil and gas exploration and production companies such as Pakistan Petroleum Limited (PPL) and Oil and Gas Development Company (OGDC) to sell LPG independently to those who gave the higher price.

There is a limit, however, to which LPG prices could be increased as all producers are in the public sector. LPG is used by the poor and people living in northern areas for domestic heating purposes. Resultantly, the policy is a mixed and confused one.

The net situation is that only 20% of LPG (cylinder filling) companies out of a total of 104 manage to receive supplies from the producers and the remaining 80% are probably buying from the 20%, which adds to the selling price.

The capitalist solution is to auction the LPG and sell to the highest bidder, which is likely to push prices up. As demand is normally higher, especially in winters, LPG prices skyrocket in this season, particularly in the northern areas.

The Ministry of Petroleum and Natural Resources allows imports to deal with the situation and keep the prices under control. Also, the under-supplied 80% of companies get a chance to come into action during winters by getting imported supplies.

The association of LPG distributors is protesting these days as reportedly some curbs have been put on LPG imports. As natural gas supplies have improved due to liquefied natural gas (LNG) imports, the LPG demand is expected to be lesser in the coming month.

Import curbs are going to affect the business of 80% of companies which do not benefit from direct LPG supplies. The rent income of 20% of LPG companies may also go down due to lesser demand. It is being alleged that LPG curbs are meant to profit this group of 20% companies.

This problematic situation has provided corruption opportunities for the dishonest management and executives of public sector LPG producing companies.

For the honest ones, it has created major difficulties and problems of dealing with the powerful who create all kinds of pressure from politically, administratively and socially powerful persons at all levels of the hierarchy.

One of the CEOs told me that LPG is only 1% of his company’s business, but consumes 90% of his time in attending to the LPG issues and entertaining the powerful people. Resultantly, they mulled over the idea of retailing LPG themselves.

There are two solutions – one is to completely regulate the LPG sector by controlling prices at all levels down to the retail stage. That may solve the price problem to a reasonable extent, but would not eliminate the LPG quota.

The LPG association says all 104 LPG bottlers should be supplied with the gas instead of restricting supplies to 20% of them.

The other solution is to regulate (control) the LPG retail price, but allow and organise LPG auction in the existing commodity exchanges. This would prevent the highest bidder from quoting prices that would increase the retail price.

In fact, the highest bidders would be bidding within the constraints of the LPG controlled price. The Petroleum Division could examine these submissions for a lasting solution. Also, the import curbs on LPG should not be allowed under the excuse of foreign exchange constraints.