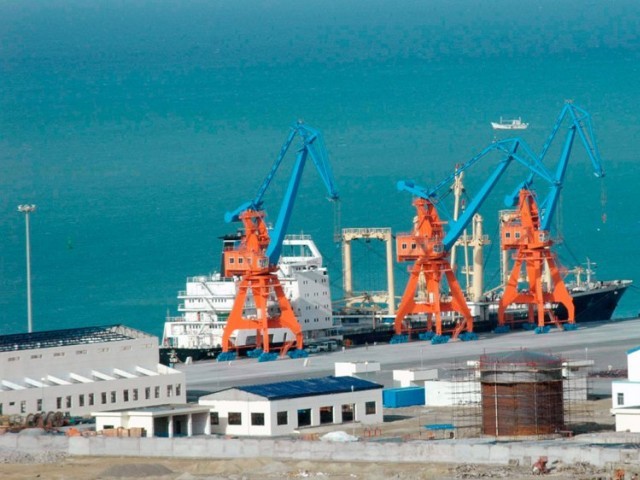 First the etiology of the Dutch disease. In 1959, the Netherlands discovered huge deposits of natural gas in the North Sea. It resulted in a massive upsurge in oil exports. The new-found wealth led to the expansion of social security. By the 1970s, unemployment rose some five times and the welfare spending became unbearable. In 1977, this phenomenon of a fortune turning into misfortune was labelled by The Economist magazine as Dutch disease. Pakistan hasn’t discovered a big cache of natural resources. How can Pakistan catch the disease? The disease is not specific to natural resources. Any economy that experiences a sudden high inflow of foreign currency for any reason is likely to suffer from it. Including the early harvest phase of $46 billion, the total expected inflow under CPEC is stated to be $62 billion. This is close to the entire external public debt payable by Pakistan. The large size of the inflow in a short span of time makes it possible, though not probable. Here is how.

In the case of the Netherlands, the boon of oil exports turned out to be the bane of non-oil exports, which lost competiveness due to a rapid appreciation of the real exchange rate. Together with the non-traded sector, the oil export sector crowded out the traditional exports with adverse long-term effects. The increased oil exports raised incomes, money supply and demand for non-traded goods and services. In the case of CPEC, the inflows are being utilised largely on the import of power generating machinery and construction equipment. These imports do not directly affect the money supply in Pakistan. A small part of the inflows is spent on domestically supplied goods and services, notably construction and retail trade. It does add to money supply as foreign exchange is converted into local currency. Since the exchange rate in Pakistan has, in effect, been kept fixed, the increased money supply and domestic demand tend to increase prices. As the purchasing power of a unit of foreign currency is less than before, its real value appreciates. Even if the exchange rate regime were flexible, the increased supply of foreign exchange would drive up the nominal exchange rate and thus real exchange rate. In both cases, the traditional export sector suffers. The effect is made worse by the movement of capital and labour away from the export sector and towards domestic non-traded sector.

The CPEC inflows are recent. Pakistan has suffered an absolute decline in exports for three years in a row since 2014-15. Failure to break away from concentration on traditional products and destinations lies at the roots, besides the critical constraints of energy and law and order. There is a revival of exports coinciding with the CPEC inflows. This does not mean that the Dutch disease has died down; only that better energy and security situation and expectations about the Special Economic Zones have reinvigorated exports. The outlook for the global commodity prices has also improved. But the exports still have to contend with a rupee that is overvalued to the extent of 20 per cent. This could worsen with the acceleration of financial flows under CPEC.

Policymakers have to focus on some deeper questions raised in the context of the Dutch disease. If the assumption is that the CPEC inflows are going to be a recurrent feature for a long period, the economy has to adapt to the required structural changes. These changes will entail shifts that can hurt labour as well as businesses used to get by in the traditional mould.

Thinking about culture, the early years