Newcomers Multan to face Peshawar in opening match of PSL3

Newcomers Multan to face Peshawar in opening match of PSL3 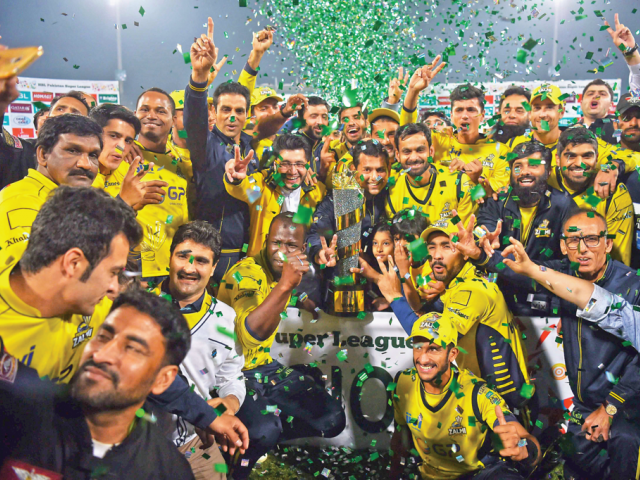 The schedule of the third edition of the Pakistan Super League (PSL) was announced on Thursday with last year winners Peshawar Zalmi pitted against new entrants Multan Sultans in the opening match on February 22.

According to the schedule, the event will kick off in Dubai and the teams will then travel to Sharjah for the second phase.

The third and fourth phases of the tournament will take place in Dubai and Sharjah, respectively.

The qualifier between the first and second placed team is scheduled to take place in Dubai.

The two eliminators will then be brought back to Pakistan and will be played in Lahore’s Gaddafi Stadium.

The landmark final will see the two teams travel to the National Stadium of Karachi.

The marquee clash of the tournament, Karachi Kings versus Lahore Qalandars, is set to take place on February 26 and March 11; both times in Dubai.

With the addition of a sixth team team in next year’s tournament, the total number of matches has now increased to 34.

Mark the time, day and date, #HBLPSL 2018 schedule is out get ready to see world-class cricketing action pic.twitter.com/rU6iYBCrDv