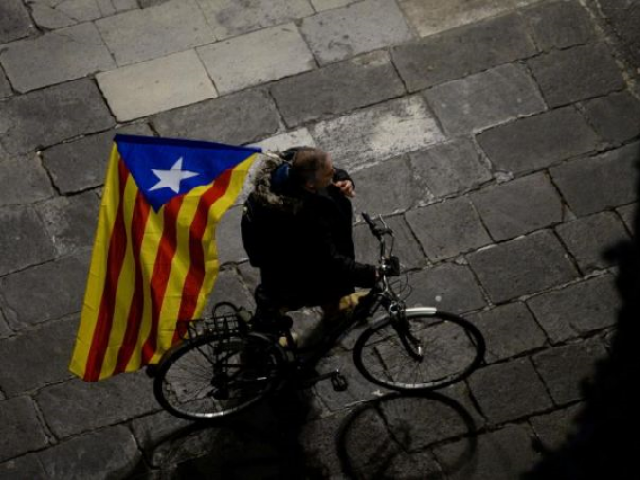 A 2018 budget that has still not been approved, a constitutional reform left hanging in the air. Far from a mere territorial issue, the Catalan crisis has also paralysed Spanish politics as a whole.

The independence drive, which caused the country’s biggest crisis in decades, has only added to the woes of a parliament already deeply fragmented as warring political parties make any agreement difficult.

“This is going to be an exceptionally unproductive legislature,” said Jose Fernandez Albertos, a researcher at the Spanish National Research Council.

Prime Minister Mariano Rajoy’s conservative Popular Party (PP) and his allies- centre-right Ciudadanos and lawmakers from the Canary Islands- need the support of five MPs from the Basque Country’s PNV nationalist party to see it through.

But the PNV has baulked at Madrid’s imposition of direct rule on Catalonia after its regional parliament declared unilateral independence on October 27.

So it has so far refused to give its support like it did last year, a position it is likely maintain until a regional election in Catalonia on December 21.

Then there is a Spanish territorial reform which is proving difficult to push ahead, even against the background of Catalan leaders wanting to break from the country.

Spain is divided into 17 semi-autonomous regions, but some of them- including Catalonia- have grievances and are asking for financing that would be better suited to their needs.

Any territorial reform would have to involve an improvement in the regional financing system, which varies from one part of Spain to another, or an ambitious overhaul of the 1978 Constitution.

The Socialists got a pledge from Rajoy’s PP that it would look into a constitutional reform in exchange for supporting Madrid’s imposition of direct rule on Catalonia.

But now, Rajoy is dragging his feet. “We can’t talk of reforming the constitution without knowing exactly what reform is needed,” he has repeatedly said.

“The problem isn’t that there aren’t proposals to update our constitution, the problem is we have a government that is devoid of political initiative,” said Socialist party leader Pedro Sanchez last month, accusing it of ‘apathy’.

But that’s just the problem. Putting Catalonia aside, Spain’s parliament is full of squabbling political parties that don’t agree.

In the year since November 2016, when a new legislature began, a mere nine ordinary laws have been approved, compared to 48 in 2015 and 36 the year before that.

Rajoy’s minority government, which has promised the EU to reduce Spain’s deficit to below 3 per cent of GDP in 2018, has vetoed dozens of opposition-led initiatives, arguing they would involve more public spending.

Formed after close to a year of political blockage after two inconclusive elections, Rajoy’s PP only has 137 lawmakers out of 350, far from the absolute majority he enjoyed from 2011 to 2015.

The arrival of two relatively new parties on the scene- far-left Podemos and Ciudadanos- has further divided a political scene once dominated by the PP and Socialists.

And that’s hurting the work of the parliament as parties disagree on various proposals. The Catalan crisis has only amplified these divisions, with weekly plenary sessions becoming a ping pong match of accusations.

“Spain needs a project for the future, and you’re not providing it,” she told finance minister Cristobal Montoro and Ciudadanos chief Albert Rivera.

“He is one of those politicians who thinks that time fixes many things, so he prefers not to take risks by launching legislative initiatives,” he said.

Three charged in Malta for murder of anti-corruption journalist