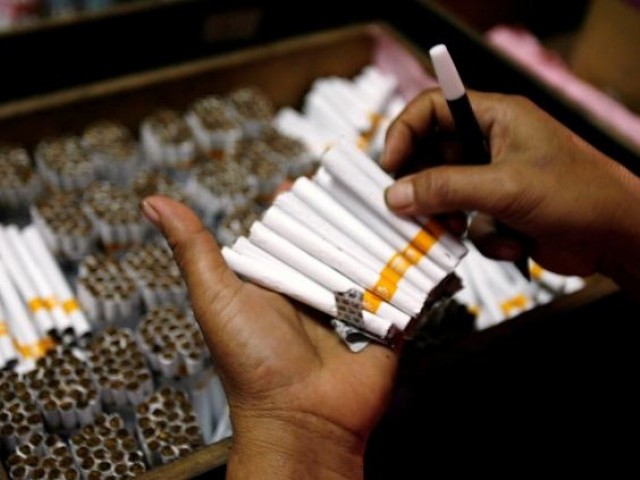 ISLAMABAD: A recent notable decrease in prices of cigarettes may lead to an increase in the number of smokers in the country, the health ministry has warned, while suggesting an audit of major manufacturers to verify their production and revenue figures.

“Every year about 128,000 people die in Pakistan due to tobacco consumption and the recent decrease in cigarette prices by the Federal Board of Revenue (FBR) will encourage youth to smoke,” National Health Services and Regulations Secretary Naveed Kamran Baloch said on Tuesday while briefing the Senate standing committee concerned. He pointed out that about 60% of the country’s population was less than 25 years of age.

The committee was looking into the taxation system for cigarette manufacturing companies and how the FBR was handling the matter.

An FBR official was unable to justify the decrease in the price, except saying that it was aimed at curtailing the use of illicit cigarettes.

But the secretary and an official from the Pakistan Tobacco Board (PTB) showed through statistics that the FBR needed to review the decision and there was a strong need to increase the price of tobacco to discourage its consumers.

Pakistan is signatory to The World Health Organisation’s (WHO) Framework Convention on Tobacco Control (FCTC) of 2004. Under Article 6 of the convention, the country has to implement tax and price policies on production as a way to reduce tobacco consumption.

Contrary to the international pledge, the FBR in this year’s budget lowered the tax slab of several brands of cigarettes and reduced the Federal Excise Duty (FED) on their packs from Rs32.98 to Rs16 in order to generate more revenue and counter their smuggling and illicit trade.

PTB representative Javed Iqbal said in his presentation that revenue collection by the FBR on cigarettes in 2016-17 was Rs83 billion, compared to Rs114 billion in the previous year. The amounts include the FED and sales tax.

Citing the annual report of the State Bank, he said cigarette production in the country in 2016 had dropped to 54 billion from 67 billion in 2013. “But the consolidated income of tobacco industry showed increase of Rs4 billion as it was Rs6.9 billion in 2015 and Rs10.75 billion in 2016,” he said, challenging the claim of reduction in production. Substantiating his claim, the official said the profit of an international manufacturer showed increase in its revenue.

The PTB official said the discrepancy in production and earning hinted at tax evasion and submission of misleading figures to the FBR.

The parliamentary committee’s Chairperson Sajid Hussain Turi said a letter should be sent to the FBR for an independent audit of two companies. He said the tax body should track tobacco production in the country.

Iqbal also shared prices of the most-sold cigarette brands in Pakistan, manufactured by a national and an international company, from July 2014 to May 2017. The price of one brand has dropped now to the 2014 level of Rs48 per pack from about Rs75 in December last year. He argued that hike in taxes on tobacco at the international level had resulted in a reduction in related diseases and deaths.