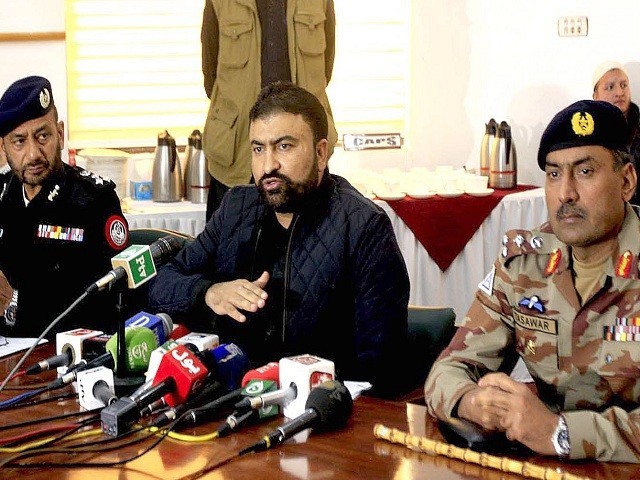 QUETTA: The law enforcement agencies (LEAs) have arrested the alleged facilitators of a suicide bomber who in July this year martyred the top cop of Balochistan’s Qilla Abdullah district, Sajid Khan Mohmand.

The convoy of SSP Mohmand was hit by a bike-riding suicide bomber at Eidgah Chowk of the bordering Chaman town on July 10. The outlawed Tehreek-e-Taliban Pakistan (TTP) had claimed responsibility for the attack, in which at least 10 people, mostly policemen, were also injured. 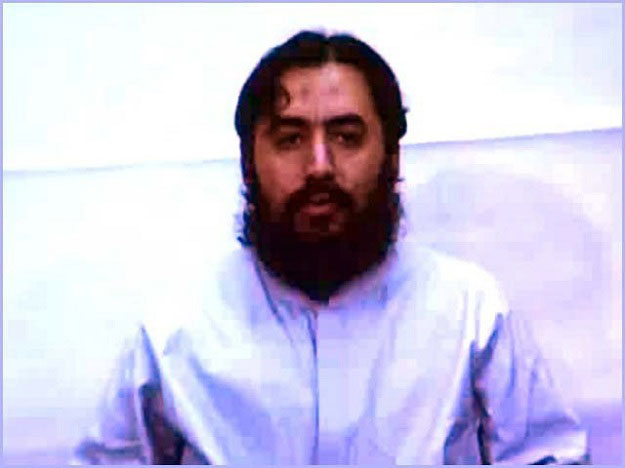 “The arrests took place during a raid on a compound in Chaman. Both the terrorists provided shelter to the bomber who came from Spin Boldak [Afghanistan] for attacking Mohmand. The suicide vest for the attack was also brought from Afghanistan,” Bugti added.

DIG, two others martyred in Quetta

Flanked by DIG Quetta Abdul Razaq Cheema and Frontier Corps (FC) Sector Commandant Brigadier Tasawur, Bugti said Mohmand was targeted as he had launched an offensive against criminals involved in kidnaping and extortion in Chaman.

“It was because of this crackdown that terrorists plotted a suicide attack on him,” Bugti said, adding that Mohmand was a fearless and brave officer. During the press conference, a video statement was also shown in which both the alleged terrorists confessed to their hand in the suicide attack.

“We visited Afghanistan where we met members of the TTP. We had been tasked to provide shelter to the attacker in Chaman,” one of the terrorists said in the video. Both the suspects confessed to their involvement in various bank robberies and kidnappings in Balochistan.

Bugti said hostile agencies were waging a war against Pakistan from Afghanistan and the confessions of the alleged facilitators had proved Pakistan’s stance that Afghan soil was being used against our people.

“Terrorists are freely roaming on Afghan soil and they are being funded and trained by the NDS [National Directorate of Security] and RAW [Research and Analysis Wing],” he added.

Citing a recent column by journalist Hamid Mir, Bugti said now the Afghan parliamentarians were also accepting that Afghan soil was being used against Pakistan.

“He mentioned that suicide attack on DIG Communication Hamid Shakeel was planned in Afghanistan and that India had funded 50,000 US dollar for killing Shakeel,” he added.

Bugti applauded efforts of police and the FC and said the forces had booked the handlers and terrorists involved in the killing of DPO Qilla Abdullah.

To a question on border management issue, he said:  “We have taken preventive measures to curb illegal border crossing and we have full support of the Federal Investigation Agency (FIA).

He said approximately 12,000 people cross Pak-Afghan border on a daily basis. “When we arrest illegal Afghan migrants, they use porous border ways.”

Talking about Afghan refugees in Balochistan, Bugti said December 31 is the deadline for Afghan refugees living in Pakistan but the federal government and UNHCR are supposed to deal with this crisis.

“The provincial government sticks to its stance that the Afghan refugees should return now because Afghan government is claiming that the law and order situation is improving there,” he added.