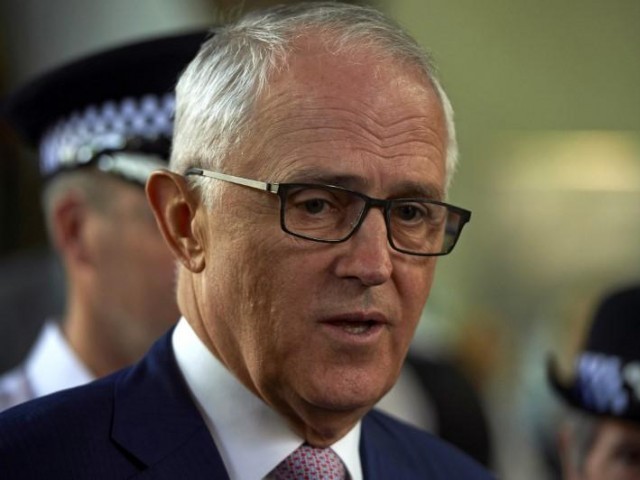 Turnbull told reporters in Canberra that foreign powers were making “unprecedented and increasingly sophisticated attempts to influence the political process” in Australia and the world. He cited “disturbing reports about Chinese influence”.

New laws, modelled in part on the US Foreign Agents Registration Act, would criminalise foreign interference and require the registration of lobbyists working for nation states.

The laws would be introduced to parliament to counter perceived vulnerabilities, Turnbull said.

The announcement came as concern grows in Australia that Beijing may be extending its influence and as relationships between politicians and Chinese government interests have become increasingly contentious.

Fairfax Media and the Australian Broadcasting Corporation reported in June on a concerted campaign by China to “infiltrate” Australian politics to promote Chinese interests.

China denies the claims, which its Foreign Ministry has described as “totally unfounded and irresponsible”.

However, leading opposition Senator Sam Dastyari quit some senior Labor Party positions last week after a tape surfaced of him appearing to endorse China’s contentious expansion in disputed areas of the South China Sea, against his party’s platform.

The tape, which showed him standing next to property developer Huang Xiangmo, a major Chinese political donor, was leaked to the media.

“I take those reports, as do my colleagues, very seriously,” Turnbull said. The new laws “are not about any one country”, he said. “Foreign interference is a global issue … for example, we’re all familiar with very credible reports that Russia sought to actively undermine the United States’ election … the threat is real,” Turnbull said.

The new laws, should they pass parliament, would ban foreign donations to political parties or any political group that has spent more than A$100,000 ($76,350) campaigning in the past four years – a rule that could also likely affect environmental and other campaign groups.

Australia expressed deep concern last month over a crackdown on pro-democracy groups in Cambodia. Despite that, Finance Minister Mathias Cormann said foreign donations to activist group GetUp!, a non-partisan but vocal critic of the centre right government, would be banned under Australia’s new laws.

The definitions of treason and espionage would also be broadened under the new laws to include possessing or receiving sensitive information, rather than just transmitting it.

Australian concern about the scope of acquisitions and influence by Chinese interests has grown since 2015, when the government of the Northern Territory sold the port of Darwin, in the territory’s capital city, to a Chinese company despite US objections.

The Australian government has since been at pains to demonstrate limits to its ties to China, its biggest export partner, and has blocked sales of Australia’s biggest cattle station and biggest power grid to Chinese interests.