CPEC: a tale of success that still leaves a lot to be desired

CPEC: a tale of success that still leaves a lot to be desired

For Pakist­an, this is not an easy task - albeit not an imposs­ible one
By Faran Mahmood
Published: December 4, 2017
Tweet Email 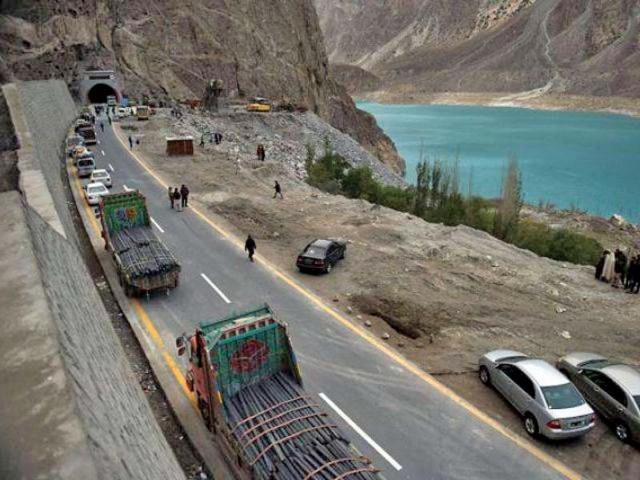 ISLAMABAD: Over time, over budget and no oversight – well, not when it comes to the delivery of China-Pakistan Economic Corridor (CPEC) projects. The era of our megaprojects going a dollar short and a day late seems to be over.

In the 7th meeting of the Joint Cooperation Committee (JCC) on CPEC, it was noted that the corridor’s early harvest projects have finally started to bear fruits. But while architects of the One Belt One Road initiative hailed it as one of the greatest success stories in South Asian development, there is still room for improvement when it comes to applying known best practices related to transparency and financial engineering.

There is still a dire need on part of the government to show a strong commitment to transparency of the project’s data and details. It should legislate on a transparency policy that clearly defines how the Ministry of Communications will regularly publish performance data of undergoing megaprojects against benchmarks such as budget and schedule variance as well as sustainability measures.

Exemptions may be made where necessary to safeguard national interests on a case-by-case basis but hiding contractual arrangements for an indefinite time period should not become a norm. Non-disclosure of contractual agreements with other governments and development finance institutions such as Asian Development Bank will shatter the confidence of the private sector – giving an impression that they need to do international lobbying in order to win project bids.

In fact, transparency of energy contracts could be the single most important factor in attracting foreign direct investment (FD) regardless of the actual state of our economy. It is interesting to note that while Pakistani and Chinese government institutions do not apprise the public about project arrangements, all international development finance institutions including World Bank and ADB publish reports about them, including copies of project financing contracts, in the public domain.

On the contrary, Pakistani media hears partial stories from the government when there is a meeting of ECC or JCC; although some government institutions such as the National Highway Authority (NHA) do publish complete minutes of its executive board meetings regularly.

As the government aims to engage more foreign companies in various investment projects, there is an urgent need to ensure a level-playing field.

For example, as most of the CPEC projects are based on imported coal, there is an urgent need to establish a process of benchmarking for periodic fuel price adjustments by the National Electric Power Regulatory Authority (Nepra) while keeping in view an array of factors such as quality of imported coal and freight rates etcetera.

If this process of tariff determination for imported coal-based power plants is not defined immediately, it may give undue advantages to other stakeholders. Similarly, the government discussed in the 7th JCC and later approved in a meeting of ECC to give preferential treatment in making power purchase payments to five CPEC power projects – making them immune from the menace of the circular debt problem. In contrast, power plants established by our private sector under the 2002 power generation policy are still not being paid and the government owes them billions of rupees in account payables.

The government needs to leverage CPEC’s goodwill by issuing long-term infrastructure bonds for financing of motorway projects such that any individual or institution could invest in these bonds and contribute to infrastructure development.

The coupon rate of bonds may be linked to actual revenues from tolls and kiosks. For non-lucrative transport projects such as up gradation of railway tracks, income from bonds may be made tax free and bonds may be allowed to trade in the stock exchange. Development of this infrastructure bond market will help the government raise cheap capital to solve its problems of circular debt and keep growth figures on track.

Is CPEC an exercise in negotiation and diplomacy? Or is it the greatest development agenda Pakistan has ever opted for? Yes. Government has to be blue in the face when it comes to tariff determination of all power projects without any exceptions. The ‘soft’ blueprint for CPEC in the form of policies related to transparency, accountability and a level-playing field is still not there. CPEC is no longer on shaky grounds but there is a need to make pragmatic moves in order to ensure a win-win for all stakeholders especially small investors.

Coupled with the right policy blueprint and a creative financial engineering approach, the CPEC brand can lead to a ‘snowball’ effect with more and more FDI pouring in. Lessons from British history also tell us that a strong judicial system based on principles of common law and equal opportunities for all are pre-requisites of any development agenda.

For Pakistan, this is not an easy task – albeit not an impossible one.

The era of abundance and the death of economics