Singer says he experi­enced the streng­th of a woman in a differ­ent way during the birth of his child
By IANS
Published: December 4, 2017
Tweet Email 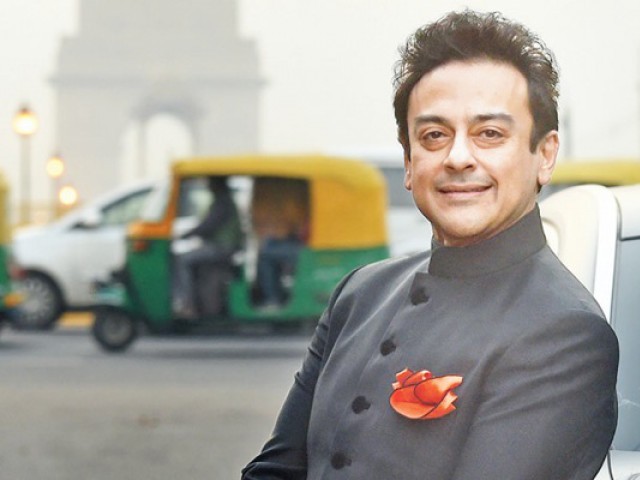 Adnan Sami is in a happy phase of his life. The singer-composer, who has had a roller-coaster journey says he feels blessed about getting many opportunities to restart his life.

Taking a quick ride down memory lane, Adnan told IANS, “Grateful is a small word to express my gratitude as God has blessed me with so many opportunities to restart my life.”

“When I was obese, I reached a point where I was about to meet death, and I lost weight to restart my life. When Baba (my father) passed away, I was emotionally choked, but then I also found my soulmate to restart my peaceful married life.

“I received my citizenship for a new beginning with a new identity as an Indian. I am blessed to be a proud father of a daughter. My new film is coming next year. I am living the best phase of my life,” added the singer.

Adnan, who is of Pakistani descent, was born in Britain and was earlier a Canadian citizen. He received Indian citizenship last year.

His happiness knew no bounds when he became a father earlier this year. His wife Roya gave birth to their daughter, whom they have named Medina.

As he began talking about Medina, Adnan, 45, slipped into his emotional side.

“Yes, she is my heartbeat and I cannot thank God enough for this angel. I think she has got the best of both of us. She is roly-poly and is a very happy child like I was as a kid. But her eyes are deep green, like Roya’s. Suddenly, I have discovered an ocean of love in my heart for her I never knew it existed,” said the Lift Kara De hitmaker.

As Adnan spent quality time with his wife during the birth of their child, he experienced the strength of a woman in a different way.

If I have decided to live in India, it’s my right: Adnan Sami on choosing Indian citizenship

“I genuinely believe that physically and emotionally, women are far stronger than men. The amount of pain they have to endure for a childbirth, a man cannot take an ounce of it. A toothache or a stomach upset is the end of our world at times,” he quipped.

What are the lessons he wants to give to Medina?

“I want my daughter to grow up with a sense of independence, with a strong emotionally secure mind and a tremendous amount of self-worth. All these come from education. So, that will be the foundation of her upbringing. I would want her to be well-versed with the world around us, have an opinion on everything and be pro-active about anything that is wrong.

“It is easy to criticise a situation, but the visionary always finds a solution. I want her to contribute to the solution,” said the singer, who often comments on socio-political issues on social media platforms.

His own outspoken nature has made him face a lot of outrage on social media, but Adnan never loses his cool. Where does he get such a diplomatic attitude from?

“Well, I inherited it genetically, you see! My Baba (Arshad Sami Khan) served 14 countries as a diplomat. How could I not have a diplomatic nature,” he said and smiled.