QUETTA:
A possible terror attack was foiled by the Balochistan Levies force in Kohlu district in the early hours of Sunday.

Briefing the media, Deputy Commissioner Kohlu Agha Naveed said the Baloch Levies recovered a large cache of weapons and explosives during an operation on a militant hideout near Tehsil Kahan’s Soraf Nala area. They were acting upon an intelligence tip-off provided by security agencies. 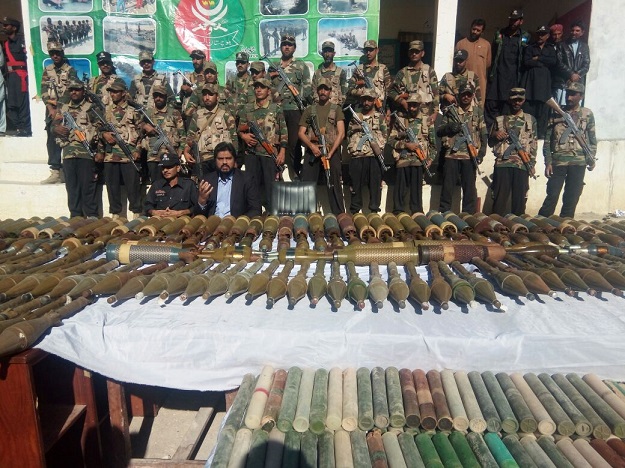 Operation Radd-ul-Fasaad, or Elimination of Discord, was launched in February after a sharp uptick in terrorist attacks in the country.