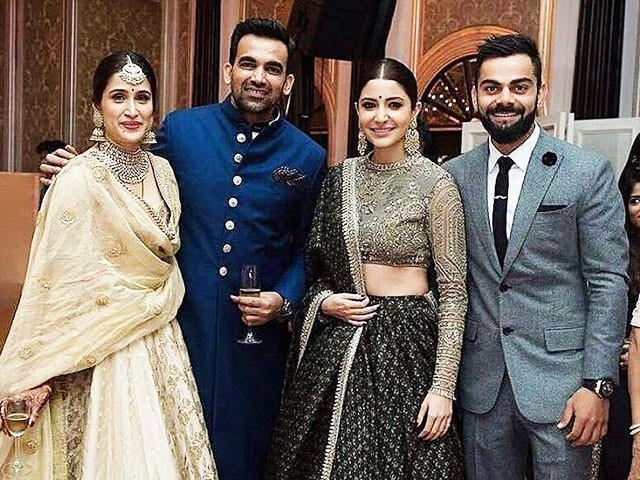 After a close-knit mehndi ceremony, Zaheer Khan and Sagarika Ghatge welcomed guests at the Taj, Colabo for their wedding reception. Fans had been eagerly waiting for the couple to get hitched, after their announced their engagement earlier this year, reported Indian Express.

Just married, #ZaheerKhan and #SagarikaGhatge pose for a pic. Congratulations once again to the lovely couple! 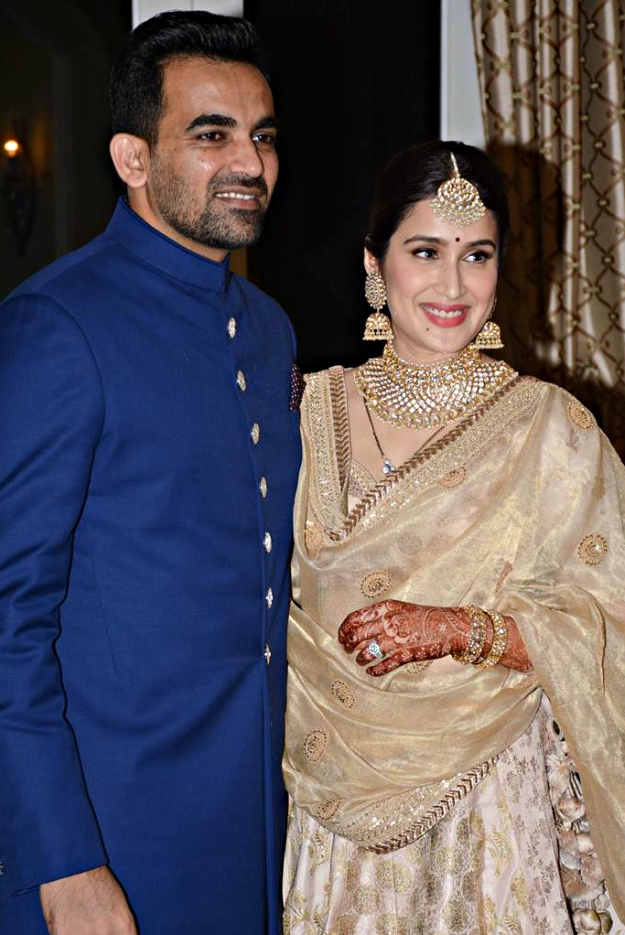 As expected, the wedding reception witnessed Bollywood and cricket coming together. The newlyweds posed for photos before commencing the event as the venue had denied press entry. 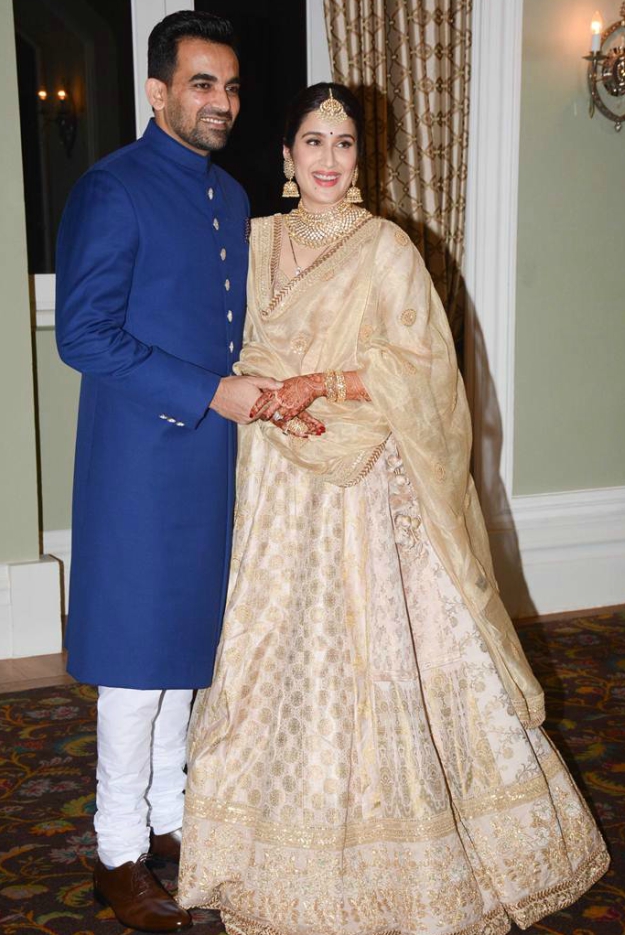 #mybestfriendswedding ..saccaaaaaa love love love you sooo happy for you ..n now gonna miss u guys so much @sagarikaghatge @zaheer_khan34 have a super life together .. lots of love #fabtimes #sazak

The famous Virat Kohli and Anushka Sharma burnt the dance floor with their moves.

Zaheer and Sagarika tied the knot at a low-key court marriage, however, they made sure that their fans witnessed the grand celebrations that followed.

Cricketing giants such as Sachin Tendulkar, Virendra Sehwag, Harbhajan Singh and Yuvraj Singh with wife Hazel were also spotted at the post-wedding festivities. Sania Mirza also made an appearance.

Shaadi nights with this one ❤️ @anjalidk

Sagarika who shot to fame starring alongside King Khan in Chak De! India essayed a role of a headstrong woman who rejects a cricketer’s proposal to live her dreams.