Survivors Roy Harley (with his back to the camera), Roberto Canessa (left), Antonio Vizintin (center) and Parrado (who took the picture). PHOTO COURTESY: MailOnline
Abandoned in the unforgiving, frozen wasteland of the Andes Mountains, 22-year-old Fernando Parrado was certain he was going to die.

Even now, 45 years after the plane crash disaster that killed 29 people and led him and the 15 other survivors to resort to eating the corpses of their dead friends in order to survive for 72 days in the Andes, Parrado remembers the feeling of despair and his absolute certainty that he would not make it, MailOnline reported.

"There was no way out. No way," Parrado says. "Until the last minute of the 72nd day, I thought I was going to die. When you are condemned to die for such a long time, fear does not go away… I was so afraid I wanted to vomit every day because I had a cramp in my stomach because I was dead. I was a walking dead man… Hope only prolonged the agony." 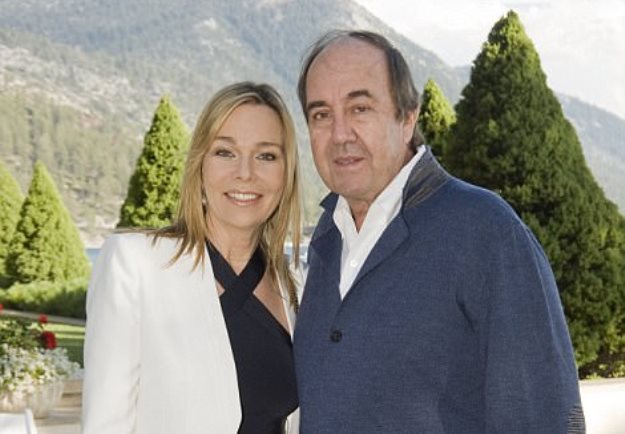 One of the survivors, Fernando Parrado, now 67, (pictured with his wife) was only 22 years old when the plane crashed. PHOTO COURTESY: MailOnline

Parrado – who goes by Nando – and 44 others from Montevideo, Uruguay, were flying to Chile on Friday, October 13, 1972, when their plane crashed in the middle of the Andes Mountains, miles away from civilization. Most of the passengers were part of a rugby club team along with friends and family of the players, who had chartered the Uruguayan Air Force Flight 571, so they could play matches in Santiago.

By the end of their second day on the mountain, 17 people had died from their injuries, including Parrado's mother, and his best friend. Eight days later his younger sister died in his arms. By the time they were rescued after Parrado and another rugby player, Roberto Canessa, found help after 10 days of climbing out of the mountains there were only 16 survivors left.


With few warm clothes and no real equipment or food to speak of, the survivors had to use their ingenuity and the remnants of the wrecked plane, a Fairchild FH-227D, to stay alive. They tore off the covers from the plane seats to make blankets for warmth in the freezing temperatures and made contraptions from foil inside the seats to melt ice for drinking water.

Most necessary was their decision to eat the bodies of their friends who had died.

"Hunger is the most primitive fear of the human being," Parrado says. "Not knowing when you are going to eat again is the most incredible fear a human being can have… And then when your body starts to feed upon itself, everything that you have inside is turned into energy and you feel it and that is killing you."

He continued: "And I said, 'Man, I am dying. I am dying. I'll be dead in three, four, five, six, ten days. I'll be dead'. But you're not dead. And you're a human being and you think and say, okay, what do I do now? And I said, 'Okay, the only food that we have are the dead bodies of our friends and the crew. That's what we have'. And that's – when you have one option, you take one option. If you have two options, you can analyse and decide. But if there's only one… It's not a mystery, it's not complicated. It's easier than you think because it's the only option."

Parrado, now 67, talks about the crash as a matter of fact, simply as one horrible event in the midst of an otherwise fulfilling life. If anything, he talks about the experience with some cynicism, but he isn't traumatized. As he speaks, his voice is calm and confident and he affirms 'there is nothing I cannot say' about the disaster of 45 years ago.

Parrado has certainly moved on and lived an entire lifetime since the plane crash, but when he talks about it now, he sometimes says 'over there', as if the spot where the plane crashed is just around the corner or somewhere he can easily point to.

"Over there, at that altitude, it's like being in the moon or Venus or Mars," he says. "There's nothing. Absolutely nothing. And when I mean nothing, there is nothing. It's not like the Rockies, you know, where you can have a town or you can see trees once in a while. Over there, there's nothing."

Today, Parrado lives in Montevideo and is a successful television producer and the president of the prosperous hardware store chain his father Seler Parrado started in 1958. Mr Parrado has been married to his wife Veronique, 58, for 37 years. They have two daughters, aged 34 and 32 and two grandchildren, aged four and six.