Pakistan’s Afghanistan nightmare and the BRI

Pakistan’s Afghanistan nightmare and the BRI 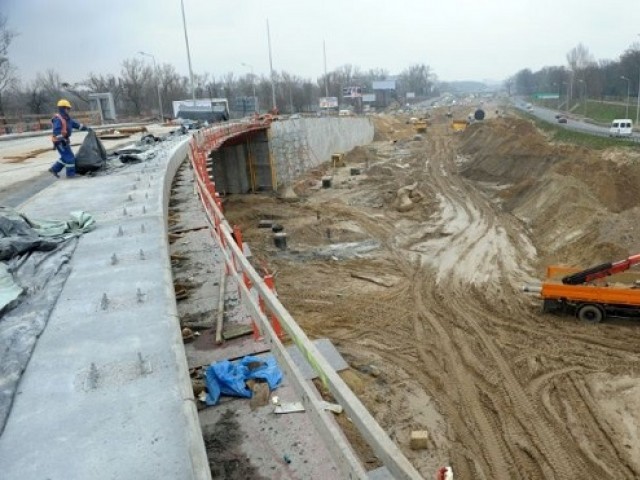 The 'One Belt, One Road' initiative, unveiled by Xi in 2013, envisages linking China with Africa, Asia and Europe through a network of ports, railways, roads and industrial parks. PHOTO: AFP

In reflecting on its future, Kabul seems to have not looked at the world map. It seems to not even be aware of its immediate neighbourhood. There are developments taking place around its borders that could completely isolate the country. Or, conversely, these developments could bring Afghanistan into the world and the 21st century. I am here referring to the Belt and Road Initiative (BRI) launched by President Xi Jinping four years ago while on a visit to Almaty, Kazakhstan’s largest city. There, he announced that China will fund the development of the Old Silk Road that was once the main artery of commerce between Europe and China.

Two years later, President Xi arrived in Islamabad, Pakistan and agreed to implement a development programme that was to be called the China-Pakistan Economic Corridor. This programme will bring in at least $50 billion worth of Chinese investments into Pakistan over the next decade and a half. While its initial focus will be on increasing power generation in order to relieve Pakistan’s grave energy shortage, ultimately it is the highway corridor that will bring about real change. Eventually Pakistan will become an important component of a network of highways that will connect China with the world to its west. However, for three reasons Afghanistan is not at this time included as a component in this large, trillion dollar endeavour.

The first is Kabul’s inability to govern all parts of the country. Afghanistan was never a centralised state but the central authority is now weaker than ever before. Almost half of the country’s territory is with the Taliban. The Islamic State, having been mostly dislodged from Iraq and Syria, is now looking at Afghanistan to revive its political fortunes.

Second, Kabul has opted to rely on the United States for bringing peace to the long war-torn country. President Donald Trump has reversed the position taken by Barack Obama, his predecessor in the White House. Obama had set a time limit to his country’s presence in Afghanistan. Trump has signalled his intention to stay on as long as the Taliban and other extremists are not beaten. This may mean indefinitely. The new Afghan policy announced by the American president in August of this year will only bring more war to the already war-torn nation. Third, Afghanistan is not making a serious effort to work with Pakistan. In fact, the government headed by Ashraf Ghani finds it convenient to blame Pakistan for its problems.

This is also the line adopted by the Trump administration. On October 24th, Secretary of State Rex W Tillerson made a short stop in Islamabad on his way to New Delhi. In the few hours he spent in the Pakistani capital he scolded the country’s leadership. He was reported to have told the Pakistani policymakers: “Stop funding or providing shelter to terrorist groups. Now.” According to one account: “It is a message the United States has been giving the Pakistanis in various forms since the September 11 attacks, and it is one the Pakistanis have by turns harkened to, bristled at and shrugged off — sometimes in the same meeting — for yeas.” Washington’s policy community also shows exasperation with Pakistan. “What do you do when your allies are part of the problem?” asks Daniel L Byman, a counterterrorism expert at Georgetown University. “The desire to turn our backs on these people is there, but then you worry that terrorists will have more operational freedom and it will cost you more in the long-run.”

Rather than participate in scolding Pakistan for not helping to bring peace to their country, the Afghan leadership should take a good look at the way their neighbourhood is changing. The change underway involves China. What promises to be a bustling centre of international commerce is going up on the Chinese side of the border with Kazakhstan at a place called Khorgos. The long road being built to connect this city-in-the-making will carry Chinese merchandise to Europe while bringing into China the products of Central Asia, including the region’s minerals. To the country’s south three parallel highways are being constructed that will connect the deep-water port of Gwadar with Kashghar, the old Central Asian town in China’s Xinjiang Autonomous Region.

What is missing in these plans are north-south links that should run through Afghanistan. If that were to happen, Afghanistan could become one of the main arteries of commerce than a place that breeds extremists and terrorist. While that could happen, prolonged struggle for controlling the country could isolate Afghanistan. Once again a look at the map would help Kabul’s policymakers.

The RBI plans include eventually a road that in the east would connect Pakistan with Khorgos, bypassing Afghanistan. In the west, a road could link Gwadar in Pakistan with the China-Kazakhstan corridor, crossing Turkmenistan and Uzbekistan. With these projects, Afghanistan would be left out of the economic plans that are being drawn up for developing Central and West Asia. For Afghanistan to be included, Kabul would need to focus on nation-building involving all segments of the population and all parts of the country. This is the direction the leaders of Afghanistan need to take rather than continue to indulge in a blame-game directed at Pakistan. Afghanistan has been Islamabad’s nightmare ever since Pakistan’s birth 70 years ago. The nightmare needs to end and that would need changes in two policies: for Afghanistan to take much more responsibility for what is happening in the country and, two, for Pakistan to undertake some honest discourse with the Afghan leadership.

Cut off her nose