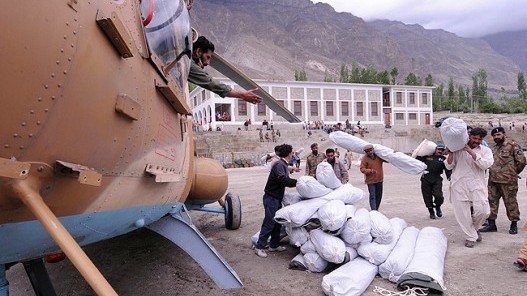 The Punjab government on Monday announced the compensation of Rs100 million for the victims of the landslide created lake in Hunza.

The announcement was made by PML-N leaders Nawaz Sharif and Shahbaz Sharif during their visit to the area today.

Sharif brothers stressed that the problems of Gilgit-Baltistan must be solved.

High alert was declared in Hunza on Sunday, as the authorities prohibited entry to the vacated areas in view of the imminent threat of a flood.

The administration had set May 25 as the deadline for overflowing of water from the lake. But the authorities said that this could be delayed by four or five days as the lake is expanding upstream.

Officials evacuated thousands of people this week amid fears that the lake could burst and affect about 50,000 people downstream. 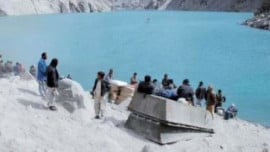 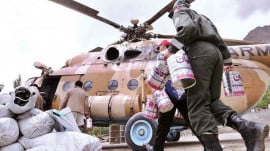 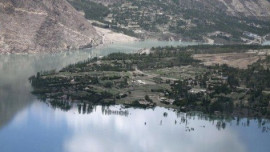 Muhammad Asif | 10 years ago | Reply The steps by Punjab Govt is appreciate-able and a landmark for other provincial & federal govt(s).
HUSSAIN WAZIRI | 10 years ago | Reply It is a positive and prospective omen wherein different political parties are opening their hands towards the affected families in order to rehabilitate them to a safe place.there with at,it is also informed to all subscription er that in case of its out burst then definitely will sweep all downstream areas of Nagar.In order to mitigate the hardships of IDP's of the said area Government and NGOs should provide their assistance .
VIEW MORE COMMENTS
Zara | 10 years ago | Reply Proud of PML N and thankful for recognising and dealing with the situation accordingly,our prayers are with u!!
Sultan Ahmed | 10 years ago | Reply Punjab government is doing its duty. Now it is turn of Sindh government come forward and do what it can do. As for as central government is concerned hope will do its best.
Replying to X
Saved ! Your comment will be displayed after the approval.
Error !
Error! Invalid Email.