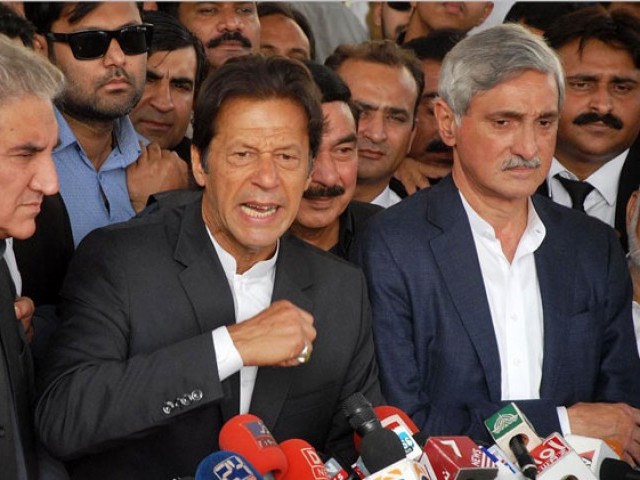 KOHAT: PTI chief Imran Khan has said he is the only leader after the Founder of the Nation, Quaid-e-Azam Mohammad Ali Jinnah, who has brought all his assets to Pakistan while the PML-N chief and his aides have laundered Pakistan’s assets to London.

“The ousted premier, Nawaz Sharif, has laundered Rs300 billion from Pakistan while I have brought all my assets to Pakistan,” Khan said on Wednesday. “I am the only leader after the Quaid-e-Azam to do this,” he added.

Khan said his party’s government in K-P had provided resources to the police department and that was why peace now prevailed in the province with a significant drop in incidents of militancy.

“The PTI has brought drastic changes in police, health and education sectors through positive reforms. The police are now free from political interferences and no political figure of the province could now interfere in the affairs of justice deliverance,” he said.

“Due to these steps, morale of the force is at all-time high and now the K-P police are a role model for the forces of other provinces, as they have delivered peace and eradicated crimes,” he added.