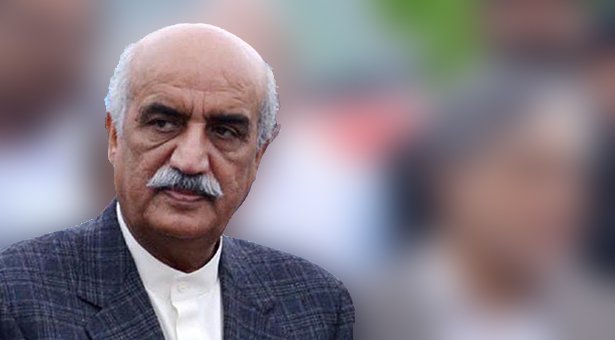 Opposition Leader Khursheed Shah in the National Assembly reiterated his stance in the parliament that the government should seek military’s help to end the ongoing Faizabad sit-in.

“Some two million people are trapped inside their houses in Islamabad. The government should use its constitutional right and ask the military to help in ending the sit-in,” Shah said adding that Islam is a religion of peace and nobody is allowed to cause problems to fellow countrymen.

Khursheed Shah defends COAS, says everyone has right to speak about economy

Around 2,000 protesters at the Faizabad Interchange in Islamabad are demanding the resignation of Law Minister Zahid Hamid over a hastily-abandoned amendment to the Prophethood Declaration Clause in the Electoral Reforms Bill 2017.

The opposition leader said that once in the parliament, the issue of Khatm-e-Nabuwwat clause’s issue was resolved ‘within minutes’.

Shah also went on to say that since the former interior minister Chaudhry Nisar was in contact with the religious extremists, events like this did not emerge during his tenure.

‘Nawaz does not qualify for doing politics even’

The opposition leader has said that former prime minister Nawaz Sharif is not qualified to do politics and remain chief of his party because he was disqualified by the Supreme Court.

“This is our principled stance that a disqualified person cannot lead a political party let alone become a minister,” he said.

He said that if Nawaz stays as his party chief it will appear that a disqualified and deseated person is leading the party.