'We are very happy on the conser­vation and renova­tion of their religi­ous places'
By APP
Published: November 22, 2017
Tweet Email 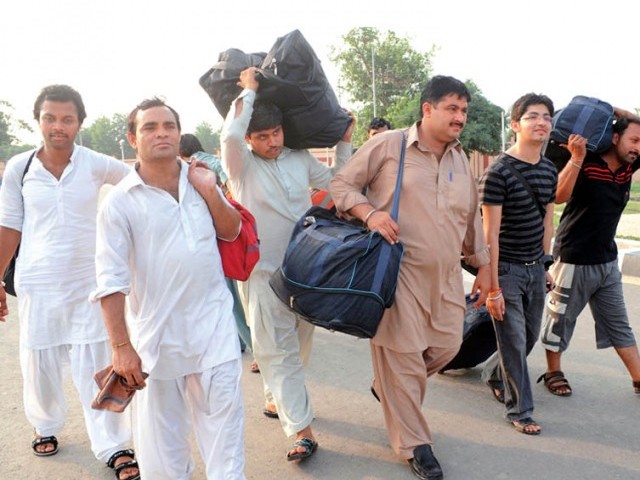 LAHORE: Indian Hindu pilgrims who came to Pakistan to attend the celebrations of Shahdani Darbar, performed their rituals on religious historical place of Hayat Pattafi. Additional Secretary Shrines Muhammad Tariq Khan Wazir, Deputy Secretary Faraz Abbas and other board officials were also present on the occasion. Speaking on the occasion, party leader of Hindu pilgrims Sain Yushtar Lal thanked the authorities for providing facilities to the pilgrims to perform rituals. “We are very happy on the conservation and renovation of their religious places,” he said. He appreciated the services of Evacuee Trust Property Board (ETPB) Chairman Muhammad Siddiqul Farooq. He also expressed their satisfaction over the foolproof security arrangements made by the board for the Hindu pilgrims.