Nations refusing to take back citizens ordered deported from Canada

Nations refusing to take back citizens ordered deported from Canada 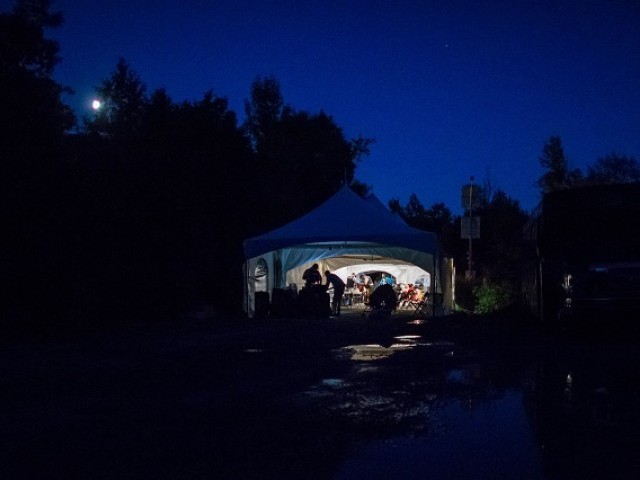 This file photo taken on August 05, 2017 shows refugees who crossed the Canada/US border illegally near Hemmingford, Quebec as they are processed in a tent after being arrested by the RCMP. PHOTO: AFP

OTTAWA: Canada’s attempts to send up to 1,000 foreigners who are here illegally back to their home countries are being stymied by nations refusing to take them back, officials said Monday.

International and domestic laws in most countries require governments to allow their own citizens entry. “But some countries are refusing to provide travel documents to their citizens or are just outright refusing to take them back,” Scott Bardsley, spokesman for Public Safety Minister Ralph Goodale, told AFP.

He declined to name the “recalcitrant nations,” saying this might upend diplomatic efforts to convince them to change their position on the deportations. According to the Canada Border Services Agency (CBSA), the current backlog of foreign nationals facing deportation from Canada tops 15,000.

This is down from 20,000 just a few years ago, while the total number of deportations each year has also fallen dramatically from 19,000 in 2012 to 7,300 in 2016. The removal list includes rejected refugee claimants and persons deemed inadmissible because of a criminal background or because they pose a national security threat.

Bangladesh to deport five Indians for betting on cricket

Proponents of the US way of publicly naming uncooperative countries and in some cases imposing sanctions on them say Canada should follow suit, but others worry this would stigmatize all members of that group. “The CBSA continues to engage countries to try to obtain travel documents to facilitate the removal of foreign nationals to their home countries,” Bardsley said.