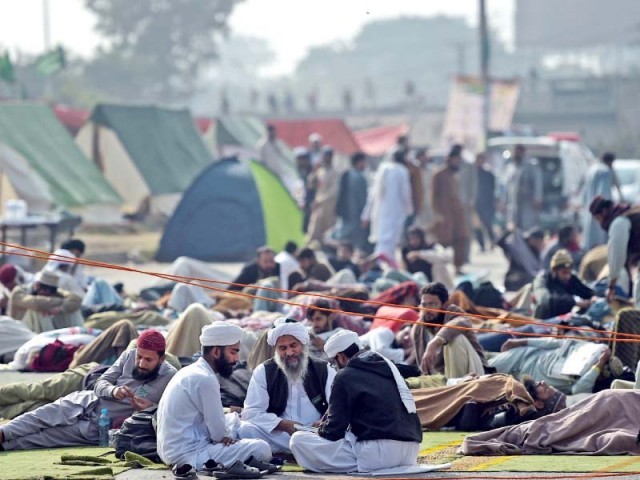 ISLAMABAD: The Supreme Court of Pakistan on Tuesday took notice of the sit-in at Faizabad Interchange that has paralysed twin cities for over almost two weeks.

The court was alerted to the gravity when a lawyer told Justice Mushir Alam that he could not prepare for the case because the capital had been held captive by the religious groups.

The protesters have been demanding resignation of Federal Minister for Law Zahid Hamid for allegedly altering the declaration of lawmakers with regard to Finality of the Prophethood – a change which the government called a ‘clerical error’ and has already reversed.

A meeting of religious scholars, organised by the government on Monday, announced its own committee to hold talks with the participants of the Islamabad sit-in as negotiations between the government and protest leaders remained inconclusive.

The government had convened the grand meeting of leading clerics belonging to the various schools of thought in a bid to find a peaceful solution to the sit-in.

The government has not taken any administrative decision against the far-right leaders spearheading the protest, fearing bloodshed despite the Islamabad High Court (IHC) order which had given government until Saturday morning to clear the Faizabad Interchange of the protesters.