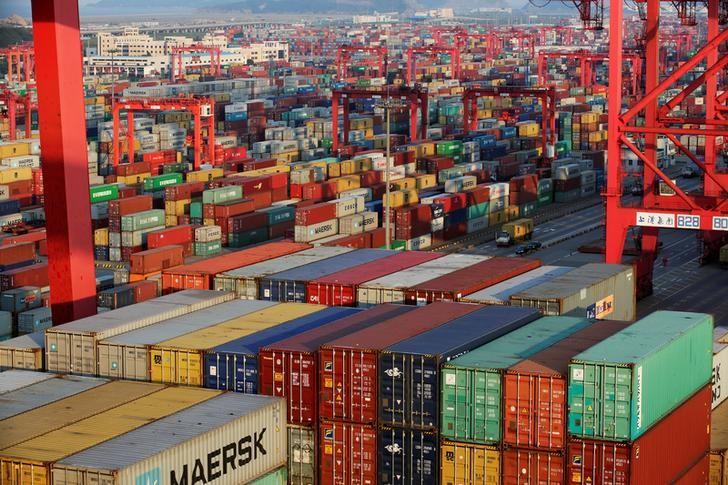 KARACHI: Pakistan’s current account deficit widened 122% in the first four months (Jul-Oct) of the current fiscal year 2017-18 (FY18), amounting to $5.01 billion compared with $2.26 billion in the same period of the previous year, according to data released by the State Bank of Pakistan (SBP) on Monday.

In October 2017 alone, the current account gap swelled $1.31 billion compared with $1.09 billion in September 2017. Investors are concerned about the growing deficit after the country recorded a much higher-than-expected deficit of $12.1 billion (4% of gross domestic product – GDP) in the previous fiscal year that ended on June 2017.

With the difference between exports and imports being the biggest determinant of the current account balance, a deficit or surplus reflects whether a country is a net borrower or net lender with respect to the rest of the world.

To control the gap in imports and exports, the government last month enhanced regulatory duties by up to 350% on 356 essential and luxury goods that is expected to dent the rising import bill in coming months.

Analysts were also expecting the government would devalue the rupee against the dollar to support exports. However, it continues to stick to its old policy of keeping the rupee strong, which analysts say is not helping the export sector of the country. 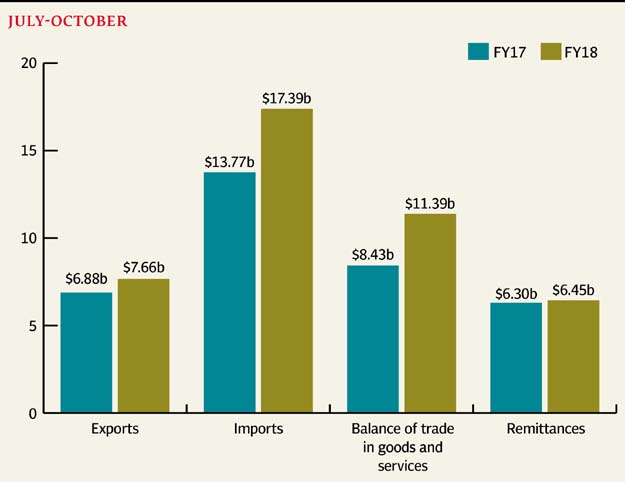 As a percentage of GDP, the deficit rose to 4.4% in the first four months of FY18 as opposed to 2.2% in the same period of previous year.

In Jul-Oct FY18, Pakistan exported goods worth $7.66 billion compared with exports valuing at $6.88 billion in the same period of last year, reflecting a year-on-year increase of 11%.

However, imports jumped much faster to $17.39 billion against $13.77 billion last year, up 26%. The balance of trade in both goods and services in the four months was negative at $11.39 billion compared with $8.43 billion in the same period of previous year.

Worker remittances amounted to $6.45 billion in Jul-Oct FY18, up 2.3% from the corresponding period of previous year, when they totalled $6.30 billion.

Remittances make up almost half of the import bill of Pakistan and cover the deficit in the trade of goods account.

Imports continue to surge, deficit widens to $12.1b in Jul-Oct

According to the Board of Investment, the country received a record high FDI of $5.4 billion in FY08 but since then it has been struggling to touch even half of that milestone.