Multan police beat up elderly couple, drag them through street

Multan police beat up elderly couple, drag them through street

The couple were protes­ting agains­t MDA; they were thrash­ed, dragge­d throug­h the street and shoved into police van
By News Desk
Published: November 20, 2017
Tweet Email 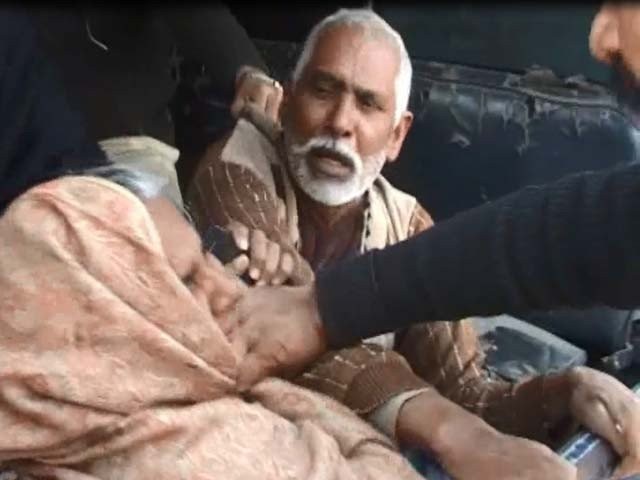 An elderly couple protesting against the Multan Development Authority (MDA) were thrashed by the Chehlak police on Monday.

Naseem Bibi, 75, and her husband were protesting against MDA officials in the Chehlak area for allegedly threatening them to leave their land when the police arrived there and started beating them up, Express News reported.

An MDA official, Ikram Baloch, who was accompanying the police, took away the couple’s protest banners and tore them.

Unfettered police use sticks and stones to break bones

The police then dragged the elderly couple through the street to bring them to their van.

The footage of this shocking police brutality was captured by Express TV. It shows Chehlak SHO Ghulam Murtaza and other policemen roughing up the elderly couple and shoving them into their van.