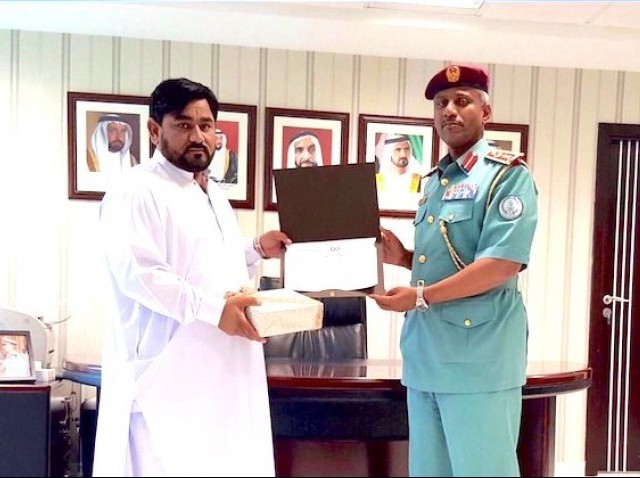 The Sharjah Police have honoured a Pakistani national for catching a thief who snatched a gold chain from the neck of an Asian woman.

The man caught hold of the thief until the police reached the scene and arrested him.

Col Kalender said Abdulqayoum nabbed the suspect and handed him over to the police.

He added that increased awareness about safety in the society helped the security services in preventing and combating crimes.

Colonel Kalender stressed the important role that community members played in crime prevention by catching offenders in the act. “This strengthens their ties with security authorities and heightens the sense of security among residents,” he added.

The Sharjah police have already established modes of communication between the police and the public to report any incident or practice that may disturb the security and stability in the emirate, he pointed out.