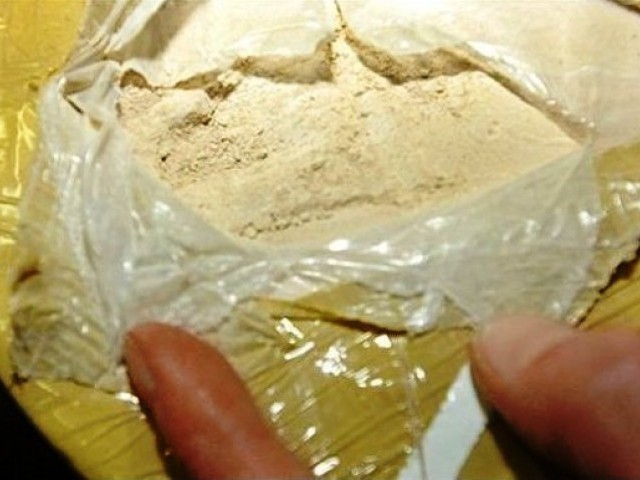 An investigation is under way into those responsible. PHOTO:AFP

Police foiled on Sunday an attempt to smuggle heroin worth millions of rupees to India by seizing the contraband at the Wagah Railway Station.

The heroin was found in a cargo train heading to India from Lahore. Two-and-a-half kilogrammes of the contraband was concealed inside furniture.

The amount of heroin seized is estimated to be worth millions of rupees in the international market.

The authorities are further investigating the matter.

Last month, Customs officials foiled a smuggling bid by arresting a Nigerian passenger in Karachi. According to the Customs spokesperson, 600 grammes of brown heroin powder were recovered from a Nigerian passenger, Kelechi Franca Earnest, who had a Nigerian passport and was travelling to Nigeria on Turkish Airlines flight TK-709.