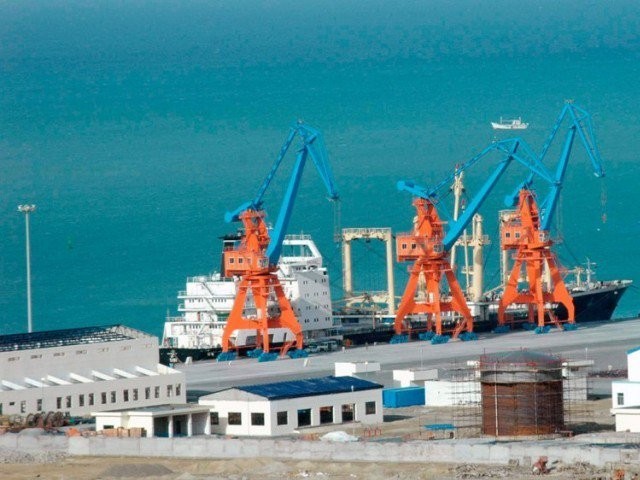 President Xi Jinping has called China’s One Belt, One Road (OBOR) initiative the project of the century. The China-Pakistan Economic Corridor (CPEC) framework is one component of this massive initiative that involves around 60 countries and affects almost half of the world’s population. This underscores the importance of CPEC, especially because according to one view, CPEC is the flagship project that China wants to see come to fruition and then hold it up high as the shining example that symbolises another step towards the successful completion of this ambitious and far-reaching undertaking. Pakistani government officials often use the word “game changer” to describe its implications.

There are, however, skeptics also who reckon that CPEC may not be that panacea for Pakistan that it is being peddled to be and that, among other issues, it would eventually saddle Pakistan with heavy debts if the projects do not turn out to be financially viable.

From a legal standpoint though, one of the main concerns is how commercial and investment disputes will be resolved under the CPEC framework in the future. Would these disputes be decided by Pakistani or Chinese courts or would alternative methods such as mediation and arbitration be used? Or would disputes be resolved in an adhoc and arbitrary manner through the intervention of Pakistani or Chinese government officials?

This was the underlying theme of discussions at a conference jointly organised by the Lahore-based Centre for International Investment and Commercial Arbitration (CIICA) and the School of Law and Policy (SLP) in Lahore last month. In addition to Pakistani lawyers, the conference brought together lawyers from Singapore and the UK, engineers, economists, policymakers, government officials and representatives of the Chinese and Pakistani business communities. The wide-ranging discussion focused on the economic, legal, regulatory and technical aspects of the CPEC framework with a focus on dispute resolution.

There were no fundamental disagreements over the potential economic benefits of the CPEC framework but it was acknowledged that failure to resolve disputes efficiently had the potential of turning this assessment on its head. This concern partly stems from the possibility that disputes could in certain cases be resolved by government officials’ intervention. As a general rule, third-party intervention without mutual consent of the parties to the dispute has a whiff of unfairness about it and is essentially a breach of the contract as the dispute-resolution method is not in line with what parties have mutually agreed to in the contract. Therefore, such interventions can undermine the parties’ mutual trust as it violates the entire spirit of mutual agreement to settle disputes fully, finally and most importantly in a fair manner by methods mutually agreed to by the parties, not imposed on them by one of the parties or a third party.

Based on the limited information available on the choice of dispute-resolution methods, one mechanism being stipulated in the contracts between Chinese and Pakistani parties is ad hoc domestic arbitration in Pakistan that does not involve an institution. This comes across as odd since foreign investors are generally wary of arbitration if the seat of arbitration is located in the host country, Pakistan in this case. This would mean that Pakistani mandatory law provisions would apply to the arbitral proceedings and Pakistani courts would have the powers and jurisdiction to decide certain procedural matters, including whether or not arbitral proceedings should be stayed and if the final arbitral award should be set aside. This is not a viable option as the Chinese party would view any intervention by Pakistani courts as unwelcome and even biased in favour of the Pakistani party. It seems that such clauses have been stipulated without thinking through the distinct possibility of disputes arising during the course of the projects being undertaken. They could just be boilerplate clauses to which both parties did not pay much attention and not take into consideration and their implications of not specifying a more neutral and effective method for dispute resolution.

It is indisputable that neither ad hoc mechanisms nor mechanisms that favour one party over the other can be considered fair or sustainable in the long term. Furthermore, failure to either avoid the dispute by nipping it in the bud or by effectively resolving it after it has escalated could also result in considerable delays in completion of the CPEC projects. Such delays could potentially sour the business relationship between the Chinese entities and Pakistani businesses and government bodies which would not bode well for the ongoing and future projects. A sound and effective strategy is especially important for mid-to long- terms projects such as infrastructure projects involving roads, bridges and dams, which require clearly defined mechanisms as the potential costs of delays are even more substantial.

Certainty, uniformity, fairness and efficiency of the mechanism(s) are all critical for ensuring that all CPEC projects are completed without unnecessary delays and any disagreements over the efficiency and fairness of the dispute-resolution methods. This would mitigate the risks associated with the projects and enable both Pakistan and China to leverage the CPEC framework in a mutually beneficial manner.

Transforming the downtown of the capital