Ready to respond to threats on eastern border: COAS

Ready to respond to threats on eastern border: COAS 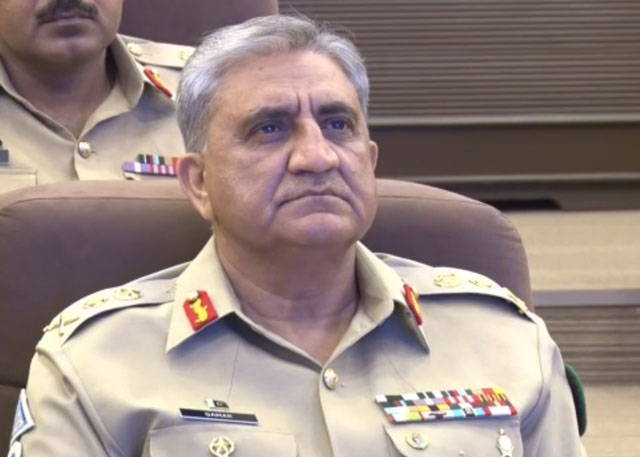 Army chief General Qamar Javed Bajwa has said that Pakistan Army is always ready to respond to any threats across the country’s eastern border with India, including the Line of Control (LoC).

“There cannot be any let up for our preparedness for response against perpetual threat on our eastern border including LoC and Line of Actual Contact (LAC),” the Inter-Services Public Relations (ISPR) quoted the army as saying in a statement on Friday.

The COAS made these remarks on his visit to Headquarters Rawalpindi Corps, where he was given a comprehensive briefing on the prevalent situation along the LoC and operational preparedness of the formations.

The statement came in the wake of increasing ceasefire violations from the Indian side.

Indian occupation forces violated the ceasefire in Chirikot and Nezapir sectors earlier in the day, martyring two civilians, and injuring five others, including two women.

In this year alone, over 1,300 ceasefire violations have taken place along the LoC and the Working Boundary, according to a Pakistan Foreign Office tally. This has led to at least 52 civilians being killed and over 170 others injured.

“The deliberate targeting of civilians is indeed deplorable and contrary to human dignity and international human rights and humanitarian laws,” the Foreign Office said in a statement. “The ceasefire violations by India are a threat to regional peace and security and may lead to a strategic miscalculation.”