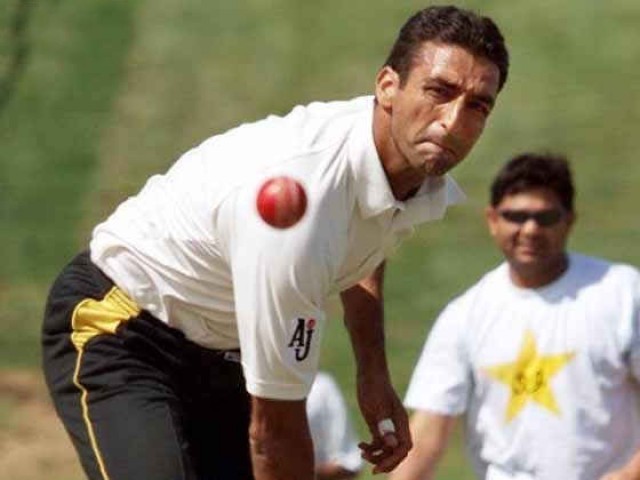 KARACHI: Former Test fast-bowler Mohammad Akram has explained the mind-boggling cricketing incident that is making the rounds on the internet.

Footage of an umpire giving a batsman caught-behind despite the ball being miles away from the bat and no real appeal from the bowler has gone viral.

The nature of the dismissal was so mystifying that it even grabbed the attention of stars such as India’s Yuvraj Singh, who shared the video on his Instagram account.

The fact that Akram is the bowler in the video clip had led some to believe that it could’ve been from Pakistan’s domestic cricket circuit, where officiating standards are not necessarily very high.

Others had speculated that it may have been from a charity match where a batsman was to be adjudged out if he left two deliveries in a row.

But Akram has come forward to clarify that the incident is neither from a Pakistani match nor a charity exhibition but actually occurred during a clash between county side Surrey and Bradford University.

Not just that, the match was played under first-class cricket rules, rendering useless the idea that the umpire’s gaffe was due to some change in playing conditions.

In an exclusive interview with Daily Express, Akram revealed: “The umpire in that game was inexperienced and had just turned down two vociferous appeals that put him under pressure. Then that delivery was nowhere near the bat and we didn’t appeal either, except for a halfhearted try by the slip fielder. Much to our surprise, he gave him out even though there was no chance in hell he had nicked it.”

The now Peshawar Zalmi head coach revealed his shock at the decision. “I was actually going back to bowl the next ball when the finger got raised. Surprisingly, the batsman didn’t protest either and promptly accepted the [ridiculous] decision.”

Unfair it may have been, but Akram and co couldn’t care less as he recalled: “We needed that wicket so we celebrated regardless of whether we deserved it or not. Then when we went back to the dressing room and saw the replay we were all in stiches.”

ISL cuts down on foreign glam in favour of local talent