Warsi added that hate was a daily realit­y for Muslim­s in Britai­n in 2017
By News Desk
Published: November 15, 2017
Tweet Email 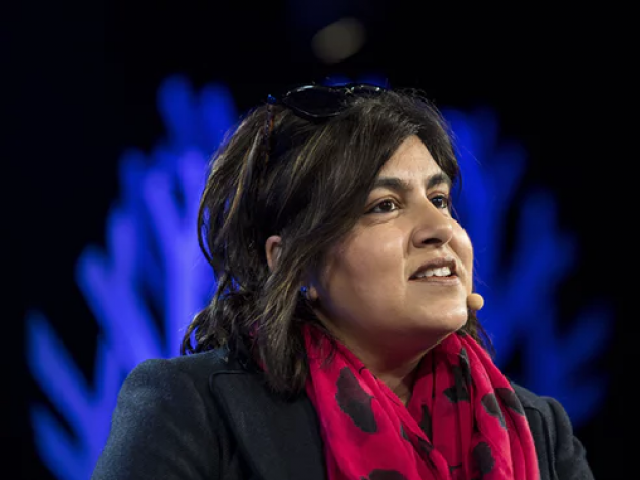 Former UK Conservative cabinet minister, Sayeeda Warsi has accused British newspapers of Islamophobia and hate speech as she called for a thorough parliamentary investigation into the issue.

Warsi, the first Muslim woman to hold a cabinet position, said hate speech in the press had become a “plague” with Muslims being a focal target, reports the Guardian.

The former minister gave examples from the Daily Express, the Daily Mail, the Sun and the Times in a recent speech.

Warsi added saying that hate was a daily reality for Muslims in Britain in 2017, “In sections of our press, it is relentless and deliberate. Steadily and methodically using paper inches and columns to create, feed and ratchet up suspicions and hostilities in our society, driving communities apart and creating untold – and unnecessary – fear and distress.”

“Poisoning our public discourse, making it almost impossible to have sensible discussions about real challenges, crowding out tolerance, reason and understanding. And this drip-drip approach has created a toxic environment where hate crime is the highest it has been since records began,” she said.

She further maintained that, “Hate speech in the press has become a plague, an epidemic. Ways of expression that I thought we had left behind with Enoch Powell in the 1960s are now the new normal.

“This is true not just of two or three notorious dailies, but also of papers some still regard as responsible and ethical. Anti-Muslim hate speech is becoming a regular feature even in the more ‘respectable’ parts of the press and that’s why it is becoming more dangerous.”

“Islamophobia is Britain’s latest bigotry blind spot. It’s where the respectable rationalise bigotry, couch it in intellectual argument and present it as public interest or honest opinion that allows the rot of xenophobia to set in.”

Warsi critiqued Times for its coverage of a foster care row in east London involving a five-year-old girl. The Rupert Murdoch-owned newspaper reported the story with the headline “Christian child forced into Muslim foster care.”

She said the newspaper was “willfully sending a message to its readers that Muslims are frightening people with whom Christian children are not safe.”

“It pandered to bigoted stereotypes, was extraordinarily irresponsible and most shockingly was untrue.”

Warsi, who served as chair of the Conservative party during David Cameron’s government, criticised his and Theresa May’s administrations for not implementing the recommendations of the Leveson inquiry. She has written to Labour MP Yvette Cooper, the chair of the parliamentary home affairs committee, to ask her to investigate hate speech.

News UK, the publisher of the Sun and the Times, declined to comment.

Tillerson in Myanmar to press Suu Kyi and army on Rohingya